Man Attempts to Rob Bank Armed with Shotgun, Gets into Auto Accident with Responding Police Vehicle

The Major Case Bureau reports the details of an arrest for an attempted bank robbery that occurred in Hempstead on Saturday, July 09, 2016 at 11:50 A.M. 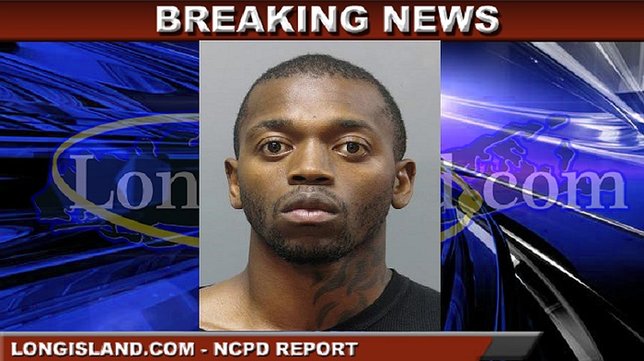 Prince Conteh, 26, of Lowell, Massachusetts, attempted to rob a bank in Hempstead armed with a shotgun. After failing he was involved in an auto accident with the responding police vehicle.

According to detectives, Prince Conteh, 26, of Lowell, Massachusetts, armed with a shotgun, entered the Bank of America located at 3 Main St., and demanded cash from a female employee.  When the victim refused to allow him entry into the teller area, he left the bank without proceeds.

While fleeing in his vehicle, the defendant was involved in an auto accident with one of the responding Hempstead police officer’s vehicle, then continued on and struck a pole.  The defendant exited the auto and fled on foot, eventually dropping the shotgun nearby.  Hempstead police officers were able to apprehend the defendant with the assistance of civilians.  The shotgun was recovered.  There were five bank employees and two customers in the bank at the time of the robbery.

The police officer involved in the auto accident, who suffered neck and back pain, was taken to a local hospital where he was treated and released.  No other injuries were reported.