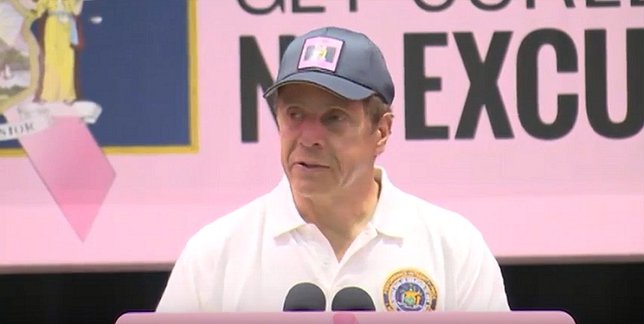 In a call for national unity, the Governor directed the lights of One World Trade Center’s 408-foot spire to be displayed in red, white, and blue. The Peace Bridge connecting the United States to Canada in Buffalo, NY will also be lit up in red, white, and blue this evening at the Governor's request. The Governor also directed all flags on state government buildings to be flown at half-staff in honor of the victims of the shootings.

A rush transcript of the Governor’s remarks is available below:

Let me take a moment before we begin and talk about the topic of the day. This has been an ugly period in this nation. The past few months, we’ve seen the anger, frustration, anxiety of people getting worse and worse. You can feel it in the political environment. But the past few days have been especially disturbing. There have been acts of violence that are seemingly inexplicable. What happened in Louisiana, the death there, Minnesota, and then last night twelve police officers shot in Dallas, Texas.

They still have to get the specifics on who and why would do such a sick and mad act. But the preliminary information suggests that it was related to the previous deaths and anger and tension between police and the community.

You know, you look at the past few days and you get the sense that America’s demons are challenging America’s better angels. I think the country, like a person, our strengths can be our weakness, our greatest strength c an be our greatest weakness. This country’s greatest strength is its diversity – we’re not one race, one religion. We come from all different places all across the globe. We’re black, we’re white, we’re brown, all different sexual orientations, and then we made one community from this diverse group, and the diverse group brought the strength of the diversity. That’s the essence of who we are. That diversity. Yes, we’re different. When you try to make those differences a weakness, you go right to the core of what this country is, and that’s the tension that you feel out there right now. We are one people.

We are one nation. We are one state. We celebrate the differences, and we celebrate the diversity. We’ve come as far as we’ve come because we’ve focused on the commonalities and the similarities, not on the differences. We find ways to build bridges and not build walls among each other. Join me, please. Let’s take a moment of silence for the lives that have been lost over the past few days, and for those who are inclined, say a prayer that the worst is behind us.