Lorna Luft will perform her brand new show AN EVENING WITH LORNA LUFT, a dynamic and emotional journey of music. 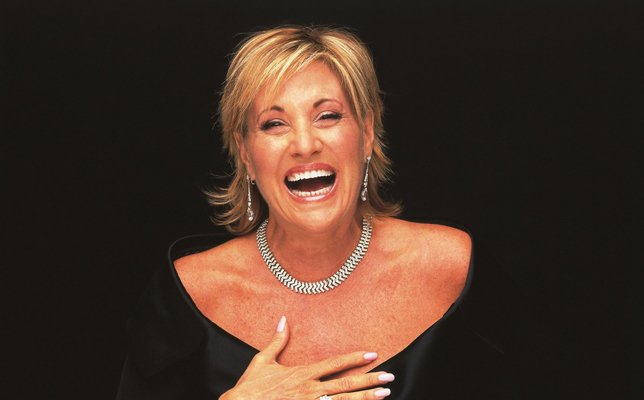 Sag Harbor, NY - July 7, 2017 - Bay Street Theater & Sag Harbor Center for the Arts is pleased to announce the cabaret series Music Mondays continues on Monday, July 24 at 8 pm with Lorna Luft. Tickets range from $45 to $85 and are available online at www.baystreet.org or by calling the Bay Street Theater Box Office at 631-725-9500, open seven days a week 11 am to showtime. Music Mondays is sponsored in part by Grenning Gallery.
Lorna Luft will perform her brand new show AN EVENING WITH LORNA LUFT, a dynamic and emotional journey of music from The Great American Songbook, Broadway classics, production shows in which she has starred, plus a few special songs from her heritage.
Lorna Luft’s acclaimed career has encompassed virtually every arena of entertainment. A celebrated live performer, stage, film and television actress, bestselling author, recording artist, Emmy-nominated producer, and humanitarian – she continues to triumph in every medium with critics labeling her one of the most versatile and exciting artists on stage today. The daughter of legendary entertainer Judy Garland and producer Sidney Luft, music and entertainment have always been integral parts of her life. Lorna is a gifted live performer, frequently featured on the world's most prestigious stages, including The Hollywood Bowl, Madison Square Garden, Carnegie Hall, The London Palladium, and L'Olympia in Paris. Lorna proves again and again that she’s a stellar entertainer, proudly carrying the torch of her family’s legendary show business legacy.
Bay Street Theater & Sag Harbor Center for the Arts is a year-round, not-for-profit professional theater and community cultural center which endeavors to innovate, educate, and entertain a diverse community through the practice of the performing arts. We serve as a social and cultural gathering place, an educational resource, and a home for a community of artists.