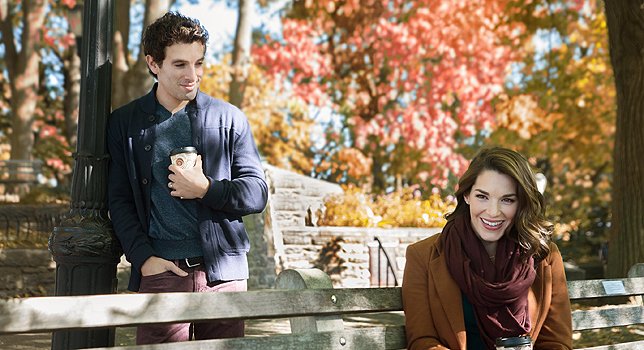 Sag Harbor, NY - July 7, 2017 - Bay Street Theater & Sag Harbor Center for the Arts is pleased to announce the cabaret series Music Mondays continues on Monday, July 17 at 8 pm with Kelli Barrett and Jarrod Spector. Tickets range from $45 to $85 and are available online at www.baystreet.org or by calling the Bay Street Theater Box Office at 631-725-9500, open seven days a week 11 am to showtime. Music Mondays is sponsored in part by Grenning Gallery.
Bay Street audiences will remember Kelli Barrett as the leading role of Eliza Doolittle in Bay Street’s production of the hit musical MY FAIR LADY. Their show This is Dedicated: Music’s Greatest Marriages was inspired by an evening spent with writing hall-of-famers Alan and Marilyn Bergman.  As husband and wife, the depth of the Bergman’s song catalogue paired with their lasting love sent the newlyweds on a quest to figure out the couple’s secret for success.  This led to an exploration of music’s greatest married collaborators (from Sonny & Cher to Beyonce and Jay-Z) through the hits we all know and love.  What emerged is a show that combines killer music, personal anecdotes, stories of the artists, and abundant self-effacing humor as the two attempt to answer the burgeoning question faced by every couple…how do you keep the music playing?
Kelli Barrett originated the lead role of ‘Lara Guishar’ in Broadway’s Doctor Zhivago. Other Broadway credits include principle roles in Wicked, Baby It’s You!, and The Royal Family.  Barrett has starred in over 20 films and TV shows including NCIS, Blue Bloods, Ugly Betty, The Good Wife, Law & Order: SVU, and Chicago Fire.
Jarrod Spector is best known for his Tony Nominated performance in Broadway’s Beautiful: the Carol King Musical in the role of ‘Barry Mann’.  He played 'Frankie Valli' for a record 1500 performances in Broadway’s Jersey Boys and debuted on Broadway at age 9 as ‘Gavroche’ in Les Miserables.
Bay Street Theater & Sag Harbor Center for the Arts is a year-round, not-for-profit professional theater and community cultural center which endeavors to innovate, educate, and entertain a diverse community through the practice of the performing arts. We serve as a social and cultural gathering place, an educational resource, and a home for a community of artists.