A jet skier died near the New York State Boat Channel in the Great South Bay. 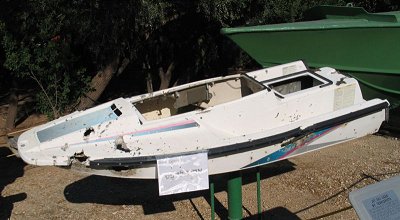 Michael Mignone was on his Yamaha jet ski near the New York State Boat Channel when he circled his 20-foot Trophy boat and ran into his own anchor line at approximately 4:50 p.m.
The Coast Guard responded and transported Mignone to Venetian Shores in Lindenhurst on Mignone’s boat.
Mignone, 33, of Lindenhurst, was transported to Good Samaritan Hospital Medical Center in West Islip where he died from his injuries.
The boat and the jet ski were towed to the Suffolk County Police Marine Bureau for safety checks.
The incident appears non-criminal. There were no other injuries.