One passenger who went overboard is still missing. 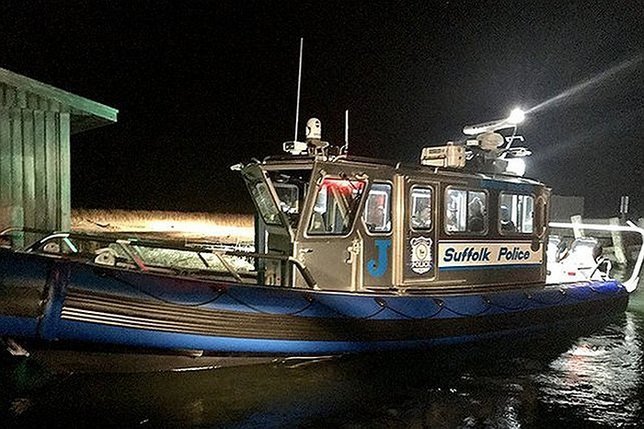 On Monday, Suffolk Police arrested a Farmingville man for boating while intoxicated after he crashed into a jetty in Sayville that resulted in one passenger going overboard and another hospitalized. The 25-year-old boater was operating a 2003 Parker center console boat in the Great South Bay when the vessel struck a jetty at the end of Browns River Road at 1:23am.

The boater and a female passenger were transported to South Shore University Hospital in Bay Shore where they were treated and released. Three other passengers were not injured.

The male passenger, also 25-years-old,  who went overboard has not been found as of the writing of this article. He was not wearing a life jacket, according to police.