The Long Island International Film Expo (LIIFE) will hold its 16th annual installment at the historic Bellmore Movies from July 17 – 25, 2013. 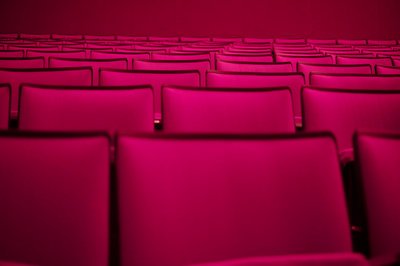 Bellmore, NY - July 5th, 2013 - The Long Island International Film Expo (LIIFE) will hold its 16th annual installment at the historic Bellmore Movies from July 17 – 25, 2013. Showing 146 films from around the world, LIIFE will showcase movies from 18 countries with 36 of the films having Long Island ties and 35 more hailing from New York in general.

“Nassau County has always been a supporter of independent and studio films, and it’s our pleasure to bring this type of entertainment and cultural opportunity to our constituents,” stated County Executive Mangano. “Nassau County is quickly becoming the Hollywood East of the film and television industry. LIIFE provides an opportunity for filmmakers to come and see the types of filming locations Nassau County has to offer whether it be our beaches, mansions, suburban areas and, of course, Gold Coast Studios and Grumman Studios, which are all New York State approved production studios.”

LIIFE begins with a traditional film festival warm-up on Wednesday, July 17, and kicks into high gear on Friday, July 19 with the opening night feature, Wet behind the Ears, by past LIIFE winner Sloan Copeland. The late Friday block is anchored by Fred Carpenter’s Send No Flowers starring Sean Young, Tony LoBianco, Robert Clohessy and Gianni Russo.

LIIFE also has panels on scriptwriting, film distribution and financing, a filmmaker’s breakfast panel, and an opening night reception.

The closing night party and awards ceremony celebration is complete with a buffet, celebrities, winners clips and filmmakers from all over the world and will be held on Thursday, July 25. This year’s honorees include William Sadler (Iron Man 3) and Ally Sheedy (Breakfast Club). Presenters include Federico Castellucio (The Sopranos) and Robert Clohessy (Blue Bloods) with more signing on daily. Celebrities appear scheduling permitting, and the line-up could change before the festivities.