History: Photo of SCPD Celebrating the Spirit of ‘76

SCPD shared this archival pic of an officer during a parade in NYC. 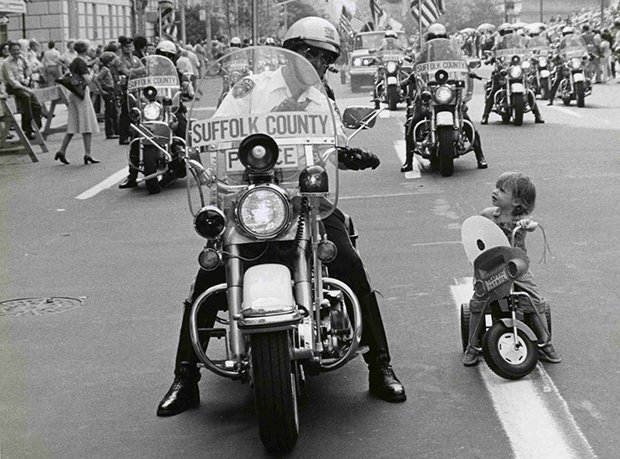 The Suffolk County Police Department posted this historical photo of one of their own at a parade in New York City. A young child looks up in admiration at the officer on a motorcycle from a toy mini motorbike. SCPD did not have any other information about the photo. 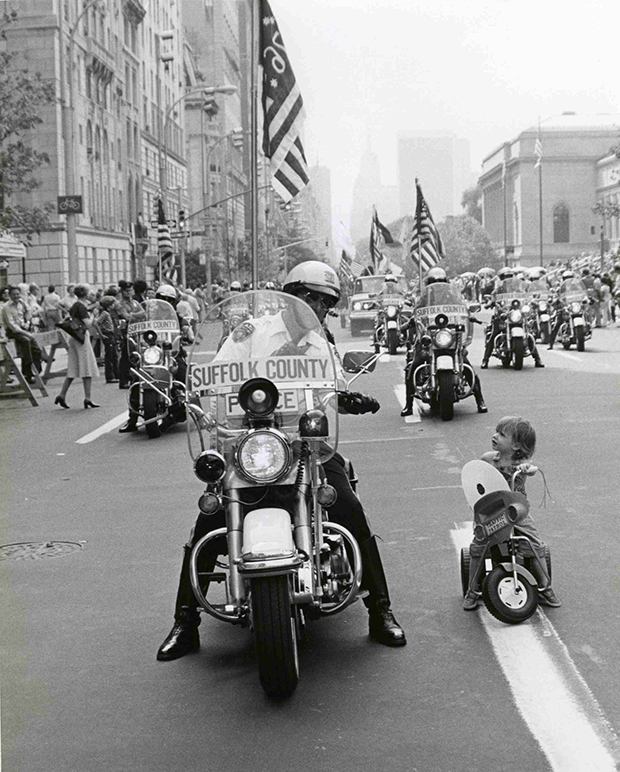 From the flag in the background it looks like this might have been taken in 1976 during the Bicentennial. The caption with the picture reads, “A young child admires a Suffolk County Police officer during a parade in New York City.”