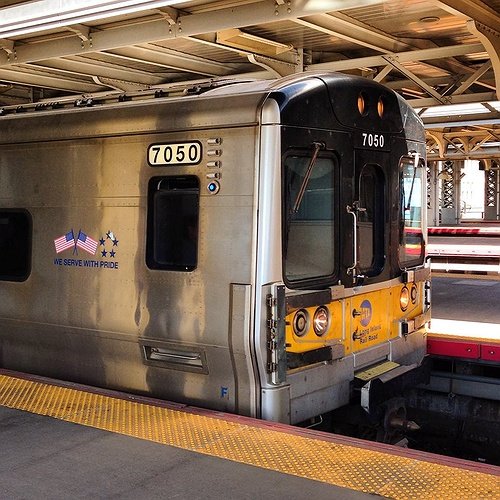 Long Island, NY - June 29, 2015 - The Metropolitan Transportation Authority (MTA) will offer extra railroad service on Thursday, July 2, to allow customers to get a head start a long Fourth of July weekend. On Friday, July 3, subways, buses, Metro-North and the Staten Island Railway will operate on a Saturday schedule, and the LIRR will operate on a regular Friday schedule. More details are below.

The LIRR and Metro-North will provide additional early-afternoon service from Manhattan on Thursday, July 2, for customers planning an early getaway for the start of the Independence Day holiday. Between noon and 4 p.m., 18 extra trains will depart Grand Central Terminal, 10 extra trains will depart from Penn Station, and two extra New York State-bound trains will depart Hoboken Terminal. And the LIRR is offering plenty of extra train service to the East End over the extended Independence Day Weekend, including an extra Cannonball to Montauk on top of the Railroad’s already enhanced summer Montauk Branch schedule.

For details on Metro-North East of Hudson service, click here.

For details on Metro-North West of Hudson service, click here.

On Friday, July 3, subways will operate on a Saturday schedule. There will be no 5 train service south of E 180 Street; 1 service is suspended between 14 St and South Ferry; 2, 3 trains run local between 34 St-Penn Station and Chambers St. Customers are encouraged to use the Bowling Green 4 and Fulton St 2, 3,4, A, C stations, or buses between Chambers St and South Ferry. There will be increased subway service on the 4, 7, A, C, F, and S 42nd Street Shuttle prior to and following the Macy’s fireworks celebration, which will originate from five barges on the East River: four between 23rd and 37th Streets, and one south of the Brooklyn Bridge at Pier 19 (near John Street) from 9:20 p.m. to 9:45 p.m.

Staten Island Railway customers looking to get a head start on the Fourth of July holiday will be able to catch earlier afternoon express train service on Thursday, July 2 with MTA Staten Island Railway’s Early Departure Getaway schedule. Extra SIR trains will be added earlier in the afternoon beginning at 2:30 p.m. from the St. George Ferry Terminal. There will be one express train and one local train awaiting every boat until 7:50 p.m. On the Fourth of July, SIR will operate on a Saturday schedule. Staten Island Railway is prepared to add additional service prior to and after the fireworks, as needed.

The most up-to-date information on MTA service status is always available at www.mta.info. For immediate notice of service changes, sign up for email or text alerts here. For weekend subway service changes, please click here.