Firemen’s Association of State of NY: This 4th of July, Let the Pros Handle the Fireworks

FASNY Calls on all New York Counties to Opt-Out of Selling Fireworks. 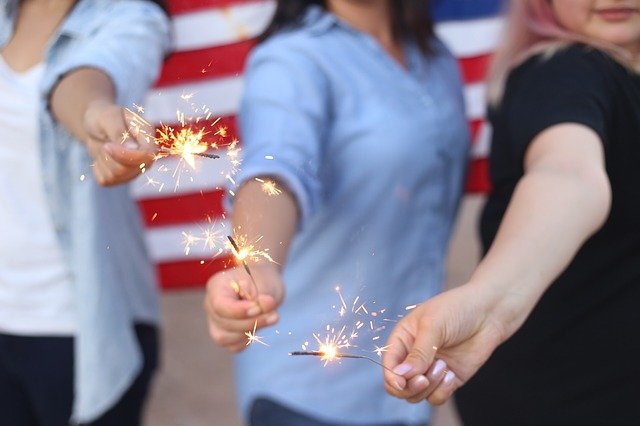 Long Island, NY - June 29, 2018 - The Fourth of July is just around the corner and along with it comes the annual tradition of fireworks shows. The Firemen’s Association of the State of New York (FASNY) urges New Yorkers to let professionals handle the fireworks, and not to use these dangerous devices themselves. Instead, people should attend one of the many professional fireworks displays offered across New York State.
All fireworks, including sparkling devices, are extremely dangerous. Despite their toy-like appearances, sparklers can seriously harm their users. The tip of a sparkler burns at a temperature of nearly 2,000 degrees Fahrenheit, which can cause severe 3rd degree burns. According to the National Fire Protection Association (NFPA), sparklers cause roughly 25 percent of all fireworks-related emergency room visits, the most of any type of fireworks-like device.
“Fireworks and sparkling devices are extremely dangerous in the hands of non-professionals,” said FASNY President Ken Pienkowski. “When misused, fireworks and sparkling devices can cause serious bodily harm, and even death, to their users and to those around them. Fireworks should only be used by professionals who have undergone the proper training and certification in their operation. For this reason, FASNY urges all New York counties to follow the lead of Columbia, Nassau, Schenectady, and Suffolk Counties to ban the sale of consumer fireworks. Doing so may well save lives.”
In 2017, the U.S. Consumer Product Safety Commission reported that 68 percent of the total estimated fireworks-related injuries in 2016 occurred in the month surrounding July 4th, with almost one-third of those injured being children under the age of 15. In 2015, U.S. hospital emergency rooms treated an estimated 12,900 people for fireworks related injuries; 54% of those injuries were to the extremities and 36% were to the head.
“FASNY wishes all a happy and safe Fourth of July. Should there be an emergency or unsafe situation, we urge everyone to call 911 for help. It’s better to be safe than sorry,” said President Pienkowski.
About FASNY
Founded in 1872, the Firemen’s Association of the State of New York (FASNY) represents the interests of the approximately 105,000 volunteer firefighters and emergency medical personnel in New York State.  For more information, visit www.fasny.com.