Kaminsky: "Making the necessary investments in the LIRR and maintaining a high quality of service must be our state’s top priority." 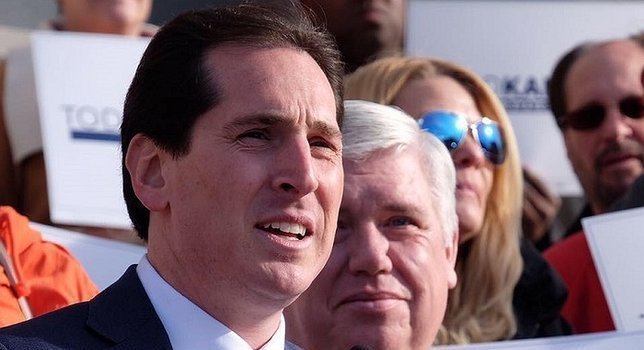 Long Island, NY - June 29, 2017 - Senator Todd Kaminsky released the following statement today regarding Governor Cuomo’s announced Transit State of Emergency.
“The Governor is right to declare a state of emergency and, unfortunately, Long Island Commuters know this all too well. Making the necessary investments in the LIRR and maintaining a high quality of service must be our state’s top priority. We are paying the price for years of inattention and underinvestment, and life in the suburbs is simply not compatible with an inability to commute to and from the greater metropolitan area. Importantly, recognizing that our system is in disrepair is inconsistent with charging full fares to commuters. At this time, fare reductions should be expanded across the board,” said Senator Todd Kaminsky.
The Governor stated that the Public Service Commission will be tasked with investigating future power outages such as those reported to have occurred this morning.
Senator Todd Kaminsky has led the fight for improving service and reducing fares on the Long Island Rail Road. Last month, he hosted a rally, he attended by scores of people, to “Sack Amtrak.” He twice penned letters to legislative leadership requesting they hold emergency hearings on conditions at Penn Station, and recently toured the facility and insisted that Amtrak officials do all they can to remedy the situation. In response, the Assembly held hearings during which Amtrak and MTA officials testified, disclosing new, actionable information. He has spoken out against the increase in LIRR fares while performance has declined, and challenged the MTA Director in Senate hearings on the poor state of several stations in his district.