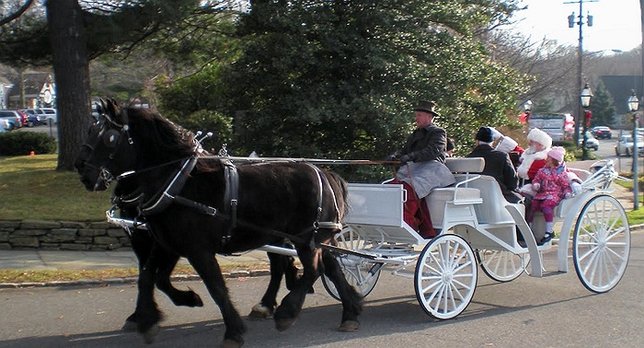 Holbrook, NY - June 29, 2016 - Civil Air Patrol Maj. Robert I. Aceves, of Smithtown, has won the organization's prestigious Frank G. Brewer Lifetime Achievement Award, naming him as the 2016 top aerospace educator in the nation.
Underscoring this milestone, Maj. Aceves has been a member of the Civil Air Patrol in four states since 1978 and currently serves at the Long Island Group level, holding the posts of Aerospace Education Officer, Director of Operations and Standardization & Evaluation Officer. Maj. Aceves, who holds flight and instruments instructor ratings (CFI & CFII), also serves as a CAP flight instructor and mission pilot for its search & rescue operations.
Concurrent with his CAP membership, Maj. Aceves served 20 years in the U.S. Air Force, initially as a flight mechanic and becoming a flight engineer, logging over 10,000 flying hours in the Lockheed C-5A Galaxy and McDonnell Douglas KC-10 Extender. After retiring from the Air Force, Maj. Aceves earned his doctorate in School Administration and began the second phase of his career as a professor at the City University of New York, instilling the next generation of aviators with a passion and love for flying. Additionally, he assisted the Henry Viscardi School, located in Albertson, in setting up their aviation career program using CAP curriculum and regularly brings groups of students from CUNY to The Wings Club, where they are able to meet and network with aviation industry leaders.
Commenting on where his career has taken him, Maj. Aceves says his greatest satisfaction comes from working with youth and young adults to "change the face of aviation, one smile at a time!" Maj. Aceves will receive his award at Civil Air Patrol's National Conference, being held this August in Nashville, Tennessee.
Civil Air Patrol, the longtime all-volunteer U.S. Air Force auxiliary, is the newest member of the Air Force’s Total Force, which consists of regular Air Force, Air National Guard and Air Force Reserve, along with Air Force retired military and civilian employees. CAP, in its Total Force role, operates a fleet of 550 aircraft and performs about 90 percent of continental U.S. inland search and rescue missions as tasked by the Air Force Rescue Coordination Center and is credited by the AFRCC with saving an average of 78 lives annually.
Civil Air Patrol’s 56,000 members nationwide also perform homeland security, disaster relief and drug interdiction missions at the request of federal, state and local agencies. Its members additionally play a leading role in aerospace education and serve as mentors to more than 24,000 young people currently participating in the CAP cadet program.
Performing missions for America for the past 75 years, CAP received the Congressional Gold Medal in 2014 in honor of the heroic efforts of its World War II veterans. CAP also participates in Wreaths Across America, an initiative to remember, honor and teach about the sacrifices of U.S. military veterans. Visit www.capvolunteernow.com for more information.
Long Island Group Civil Air Patrol is headquartered on the grounds of Long Island MacArthur Airport. For more information, please visit the Group’s website.