Suozzi: "This CBO score confirms what we already knew, which is the Senate’s health care bill would be a disaster for the American people." 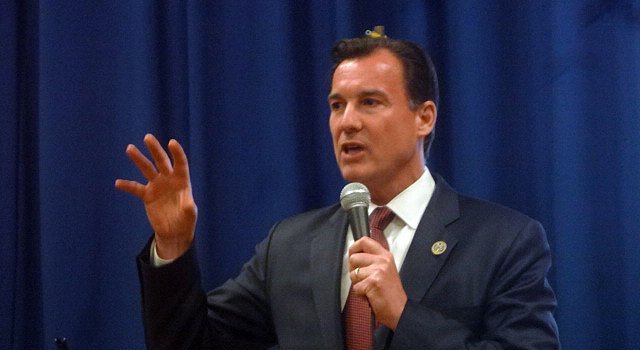 Long Island, NY - June 27, 2017 - Today, Congressman Tom Suozzi (D – Long Island, Queens) slammed the Senate’s proposed health care plan after the Congressional Budget Office (CBO) released figures showing that 22 million people would lose their health insurance and that premiums and deductibles would rise, making health care more expensive for millions of Americans.
“This CBO score confirms what we already knew, which is the Senate’s health care bill would be a disaster for the American people. Health care remains unaffordable for so many people, yet their plan would result in skyrocketing premiums and deductibles, making it even harder to obtain quality coverage. Kicking 22 million people off their insurance plans and implementing a discriminatory age tax won’t solve the problem either.
“It’s time for Republicans and Democrats in the Senate to work together to pass a law that makes sense and improves upon the Affordable Care Act. We need to ‘mend it, not end it’” said Congressman Suozzi.
Congressman Suozzi is Vice-Chair of the bipartisan Problem Solvers Caucus, which consists of 22 Democrats and 22 Republicans working together to try and get things done. He sits on the House Foreign Affairs Committee and the House Armed Services Committee.