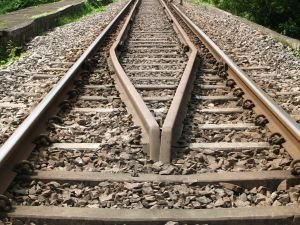 Washington, DC - June 26, 2014 - Today, U.S. Senator Charles E. Schumer announced that he is co-sponsoring a bill called the Railroad Emergency Services Preparedness, Operational Needs, and Safety Evaluation (RESPONSE) Act of 2014, which would establish a subcommittee under the Federal Emergency Management Agency’s (FEMA) National Advisory Council to address the issue of railroad derailments and the resulting hazmat incidents, with a specific focus on the crude oil that is transported down New York State railroads and rail tracks across the United States every day. The bill is being introduced today by U.S. Senator Heidi Heitkamp (D-ND). Schumer’s bill, the RESPONSE Act, would create a committee within FEMA that would be tasked with bringing together all of the relevant Federal agencies, emergency responders, technical experts and the private sector for a review of training, resources, best practices and unmet needs related to emergency responders to railroad hazmat incidents. All flammable, hazardous materials that travel on our railways would be subject to review by this subcommittee, and there would be a particular focus on train oil transport, as evidenced by the increased risk associated with derailments of cars that carry this crude oil.
“When it comes to the hazardous and highly flammable materials traveling across New York each and every day, you can never be too careful,” said Schumer. “We have taken some great steps in arming first responders with the information they need to respond to accidents, and this bill goes one step further. It ensures, for the first time, that the federal agency tasked with coordinating emergency response has a focus on hazardous materials transport by rail. This bill is a common-sense way to provide first responders with the tools they need to protect property and save lives in the case of a train derailment, and I urge my Senate colleagues to take up this bill and pass it.”
Schumer explained that, upon formation, the subcommittee would be required to provide recommendations to Congress within one year. These recommendations would include how to better train local first responders for incidents involving oil car derailments; the best way to implement a train car incident database, specifically for derailments involving crude oil; a strategy for the creation of commodity studies and mapping so first responders may always know what is traveling through their communities; and how to better increase access to timely information on the hazmat materials traveling on railroads for local officials and emergency crews.
Since August 2013, Schumer has worked tirelessly to address issues associated with the hazardous materials these train cars carry through communities every day, namely pushing for the phasing out or retrofitting of DOT-111 train cars that are prone to explosion during derailments. Schumer has also pushed for better information-sharing among railroad companies and local first responders, who are often the first on the scene of a derailment. Prior to Schumer’s push, railroad companies carrying hazardous materials through New York communities were not required to notify local first responders when trains were coming and the type of hazardous material they were carrying, but a recent emergency order by the Department of Transportation now requires this information to be shared with essential local emergency personnel.
According to the American Association of Railroads, the number of railcars carrying crude oil on major freight railroads in the U.S. grew by more than 6,000 percent between 2007 and 2013. This year, there will be more trains carrying crude across North America than ever before: nearly 1,400 carloads a day. In 2009, there were just 31 carloads a day. New York in particular, has experienced this spike, as crude from the Bakken oil deposit in North Dakota is transported to east coast refineries. It is transported on rail lines coming from the West and North towards Albany, where it is either loaded onto barges or tankers to carry it down the Hudson, or continues down along the railroad lines through the Hudson Valley towards New Jersey. These rail lines carry crude from Buffalo through Rochester, Syracuse and Utica to Albany, where it then heads south along the Hudson River before skirting New York City on its way to New Jersey.