Police are looking for the individual who broke into and burglarized a Hauppauge store. 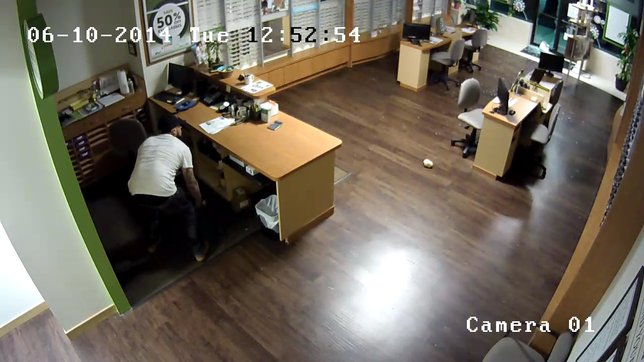 Hauppauge, NY - June 25, 2014 - Suffolk County Crime Stoppers and Suffolk County Police Fourth Squad detectives are seeking the public’s help to identify and locate the man who stole money from a store in Hauppauge this month.
A man broke a window with a rock and then stole a box containing money at Pearl Vision, located at 1253 Veterans Memorial Highway on June 11, at approximately 1 a.m.
The man is described as white or a light-skinned Hispanic. The suspect has what appears to be a brown beard and his right arm appears to have a “sleeve” tattoo. He was wearing a white t-shirt, jeans, tan work boots and possibly a blue New York Yankees hat.
Suffolk County Crime Stoppers offers a cash reward of up to $5,000 for information that leads to an arrest. Anyone with information about this crime is asked to call anonymously to Crime Stoppers at 1-800-220-TIPS. All calls will be kept confidential.