Long Island’s only spinning roller coaster will also be Adventureland’s tallest and fastest. 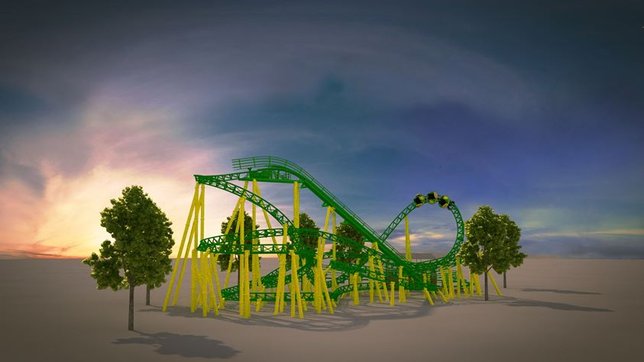 Adventureland, one of Long Island’s most popular amusement parks, announced today that it will be taking down its popular Hurricane Coaster at the end of the 2014 season.

Standing at 50 feet tall and reaching speeds of 35 mph, the Hurricane has been a favorite attraction at the park since it was first built in 1991. Two separate trains—one red, one yellow—can travel the 1430-foot steel track in about 50 seconds.

After the Hurricane makes its last run later this fall, the park will take approximately one month to dismantle the roller coaster before beginning construction on its successor. According to Adventureland, the new ride will be the tallest and fastest it has ever built. The new coaster will retain the Hurricane’s two-train setup, and will also add a new dimension to the ride as the yellow and green cars will be able to rotate, making it Long Island’s only spinning roller coaster.

Adventureland’s new coaster will take about two months to construct, but will be built in time to make its debut during the spring season. Children as small as 42” will be allowed to ride when the roller coaster opens.

A name has not yet been chosen for the new ride, however, Long Islanders can enter their suggestions through the Adventureland Coaster Naming Contest by clicking here. The winner of the contest will be given a 3-year season pass.

[Source: Adventureland]
Pictured Above: Rendering of the New Coaster via Adventureland on Facebook.
Pictured Below: Images of the Hurricane Coaster.