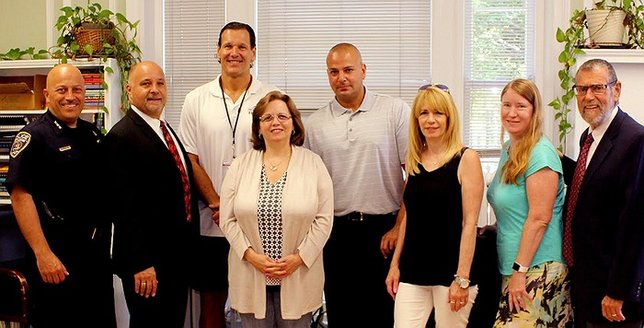 Port Jefferson, Ny - June 24, 2016 - The Greater Port Jefferson Chamber of Commerce will  be hosting the Port Jefferson Dragon Boat Festival,  Saturday September 17, 2016. The event will consist of 6 dragon boats with up to 33 teams competing in a 250 meter race course.  Each team is made-up of 20 ‘paddlers’, one steersman and 1 drummer.  Heats will run all day with a culmination  of an awards ceremony late afternoon.  ‘High Five’Dragon Boat Co. will be providing all the ‘dragon boats’ and orgainzing all the water portion of the festival!   All race teams will have their own ‘encampment’ all along the Harorfront Park as they are queuing up for their races!

The festival will have Asian performing arts to include, Lion Dance, Taiko & Korean Drum performances, the art of face changing-Bian Lian,  Asian singing and instrumentals.  There will be Asian cultural and educational vendors and food.  Asian delicacies to include Banh Mi’ Vietnamese sandwiches, pot stickers, sushi, stir fried noodles, bubble tea and spring rolls. Crafts for children and photo opportunities with our ‘dragon’.  Team contests for the ‘best team t-shirt’ and ‘best costumed drummer’!!

Opening ceremonies will include a Asain color guard, the blessing of the ‘fleet’ with the traditional ‘Eye Dotting Ceremony’.  Attendees will include VIPs and elected officials.  At the closing awards ceremonies teams will receive their winning metals.

The website has all information as well as the ability to download forms for potential vendors, sponsors, and team registration. Currently the festival has partnered up with the Sea Tow of Port Jefferson,  Port Jefferson Village, Confucius Institute of Stony Brook and the Port Jefferson Yacht Club.  Call 631-473-1414 or email for more details. 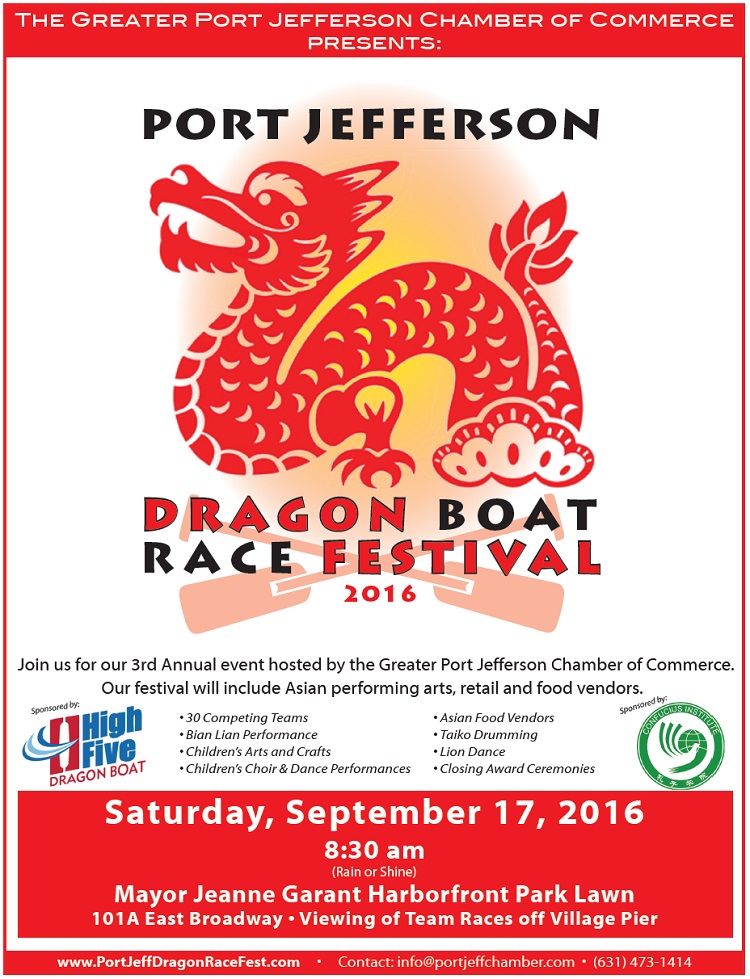