The Yankees’ standings have benefitted from a stretch of Baltimore losses, and the Mets have done some damage in their own division. 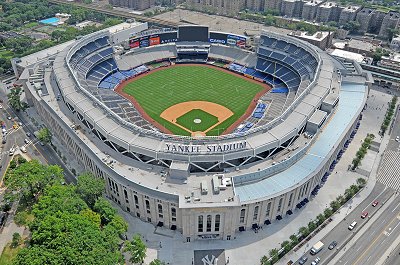 After splitting the first two of a four game set with the Rays, the Yankees put CC Sabathia on the mound on Saturday in hopes he would help them take a series lead. CC gave up a solo shot in the second inning to Evan Longoria, but Zoilo Almonte overcame the deficit in the third when he singled in Ichiro Suzuki and Robinson Cano to take a 2-1 lead. When Amonte returned to the plate in in fifth inning he worked a bases-loaded work to put the Yanks up 3-1.

The lead changed hands again half an inning later when, with 2 outs and the bases loaded, Sabathia gave up a grand slam to Wil Myers, putting Tampa ahead 5-3. Sabathia stayed on to make short work of the seventh, which put him back into position to win as the Yankees retook the lead in the bottom half of the inning. David Adams worked a bases-loaded walk to close the gap to 1 run, then Vernon Wells smacked a bases-clearing double to put the Bronx Bombers back up 7-5. CC got his 8th win of the season, and Mariano Rivera earned his 26th save.

While CC got some well-deserved run support on Saturday, Ivan Nova was not as fortunate when he returned to the starting role on Sunday. After giving up an RBI single to Ben Zobrist in the top of the first he did have the damage undone by a Cano sac. fly in the bottom half of the inning, but that would be the last run of the day for the Yanks.

In the top of the seventh Nova got the first two batters he faced to ground and fly out before seeming to lose control. He hit both Desmond Jennings and Ben Zobrist, forcing Girardi to pull him from the game for Shawn Kelley. Kelley walked Longoria and was swiftly replaced by Boone Logan, who gave up a 2 RBI single to put the Rays ahead 3-1. The scored held, and Nova was credited with his second loss of the season.

The Yankees are now tied with the Orioles 2.5 games behind the Red Sox. They will kick off a 3-game series with the Rangers at 7:05 PM tonight.

After narrowly defeating the Phillies on Friday, the Mets quickly found themselves trailing on Saturday. Dillon Gee gave up 2 runs on a Ryan Howard single in the first inning, and while Omar Quintanilla did manage to score on a Jordany Valdespin groundout in the third, the run would soon seem of little consequence. Gee gave up two more runs in the fourth and fifth, and a John buck throwing error allowed another run to score in the sixth, putting New York down 7-1.

The team was not yet ready to give in, however. Qunitanilla singled in a run in the seventh, and Eric Young doubled to drive in 2 more.  Josh Satin scored on a Valdespin ground out, bringing the score up to 7-5. Valdespin homered in the ninth, and a Daniel Murphy RBI single tied the game at 7, but in the bottom half of inning Carlos Torres gave up a homer to the first batter he faced, giving Philadelphia an 8-7 walk-off victory.

The rally came up short on Saturday, but Marlon Byrd scored first with a sacrifice fly in the opening inning of Sunday’s rubber game. The 1 run lead held as Matt Harvey worked through the Phillies’ lineup with ease inning after inning.

Harvey gave himself what would prove unnecessary run support when he doubled in a run in fifth. Eric Young followed suit with his own RBI double, as did David Wright, putting the Mets up 4-0. The hits kept coming in the sixth with a Lagares double brining home another run, and Quintanilla allowing John Buck to score on a sacrifice fly. Byrd tacked on another RBI double for good measure in the seventh, and Wright homered to put the Mets up 8-0 in the ninth. Harvey got his 7th win as the Mets took the series 2-1.

The series win is the second in-a-row for the Mets, who also took 3 of 5 from the NL East-leading Braves last week. They will start a two-game series with the White Sox at 8:10 PM tonight.