After a months-long absence, Twinkies will make their official comeback in the middle of July. 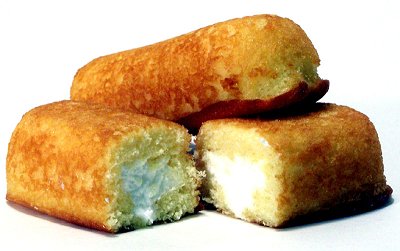 When speculation arose that Hostess would go out of business at the end of last year loyal customers were left scratching their heads, wondering whether they’d still be able to enjoy their favorite mass-baked confections. They got the answer they hoped for when the bankrupted Hostess company sold the rights to Twinkies and the majority of its other products as well as 5 bakeries to private equity firms Apollo Global Management and Metropoulos & Co. for $410 million earlier this year.

The newly formed Hostess company announced in April that it would be hiring workers, and that it expected to have Twinkies back on store shelves at some point in July. That window has now been narrowed significantly, as a clock counting down to July 15th in anticipation of the relaunch of Hostess has been posted on the business’ website.

Twinkies will look and taste very much like they did before becoming temporarily available, with the addition of the phrase “The sweetest comeback in the history of ever” printed on the box. Even the price—$3.99 for a box of ten— will remain the same, according to Hostess president Rich Seban.

Ding Dongs, Donettes, Ho Hos, and other popular snack cakes are expected to return as well, but the new Hostess will also be expanding its lineup to include new treats. Gluten-free, added fiber, low sodium, and low sugar snacks are all in the works.