Alan Goldberg was attempting to anchor a boat when he lost his footing and became unresponsive in the water. 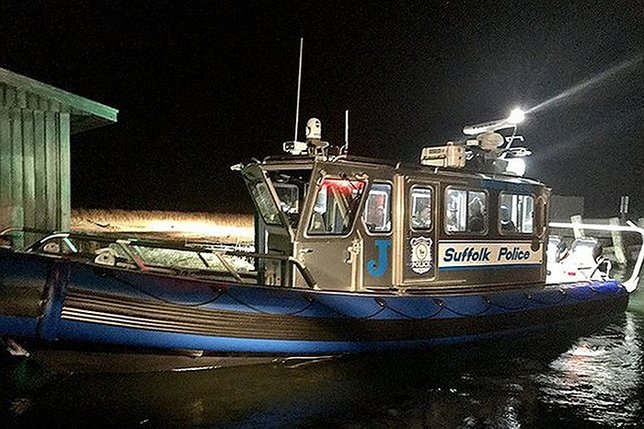 Suffolk County Police Marine Bureau officers and two good Samaritans recently rescued a man who nearly drowned in Port Jefferson.
Alan Goldberg was attempting to anchor a boat on Whitehall Beach when he lost his footing and became unresponsive in the water. Two good Samaritans on the beach, Frances George and Karl George, performed CPR until Marine Bureau Officers Cory Kim and Shane Parker arrived on scene and transferred Goldberg onto Marine Delta.
The officers, with the assistance of Frances George and Karl George, continued CPR while transporting Goldberg, 70, of Coram, to the Port Jefferson Boat Ramp. He was transferred to a waiting ambulance and taken to St. Charles Hospital in Port Jefferson with serious injuries.
Frances George, 30, and Karl George, 65, both of East Setauket, were not injured.