Who is Eligible for Treatment Under the New NY Medical Marijuana Law?

New York is poised to legalize medical marijuana, but only a few select conditions will qualify patients for prescriptions. 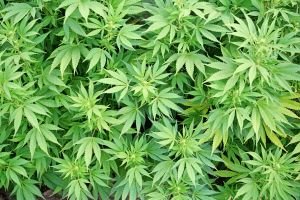 The New York State Legislature today passed a bill that would legalize the prescription of medicinal marijuana in New York after yesterday coming to an agreement on the terms of the proposed legislation with Governor Andrew Cuomo. Having passed through both the Senate and the Assembly, the bill will presumably soon be signed into law by the Governor.

Those hoping that the legislation will pave the way for recreational use in NY, however, should temper their expectations as the use of medical marijuana in the 23rd state to legalize it will be heavily restricted. Unlike states like Colorado, where pot has been outright legalized, or California, where a wide variety of maladies can net a patient a prescription for medical cannabis, there will be a short list of qualifying conditions in New York.

Under the new NY law, patients would have to suffer from ALS (Lou Gehrig’s disease), cancer, epilepsy, HIV/AIDS, Huntington’s Disease, inflammatory bowel disease, multiple sclerosis, Parkinson’s Disease, or damage to the nervous tissue of the spinal cord to qualify for treatment using marijuana. The commissioner of the Department of Health will reserve the right to add or remove conditions from the approved list over time.

In order to actually obtain medicinal marijuana, a patient will need to receive certification from a licensed practitioner who is registered with the DOH, at which point he or she would be given a Registry Identification Card denoting the recommendations and limitations on both the form and dosage level permitted. Patients can purchase no more than a 30 day supply at a time, and failure to comply with any provision of the new law could result in the suspension or revocation of the registry card.

Registration would be valid for a period of two years, and application of the drug will be limited to ingestion, vaporizing, and oil-based cannabis extracts, making it illegal to smoke pot in New York State even with a prescription.

A maximum of five organizations, each operating up to four dispensaries, will be able to produce marijuana in New York, and it could take up to 18 months before the system for production, distribution, and regulation is fully implemented. A “sunset,” which would effectively end the newly established medical marijuana program unless further legislation is enacted, is scheduled for seven years after the bill’s passage, and the Governor could suspend or terminate any facet of the program at any time.