First Squad detectives report the arrest of two individuals for a Robbery that occurred on May 9, 2014 at 6:02 pm in Roosevelt. 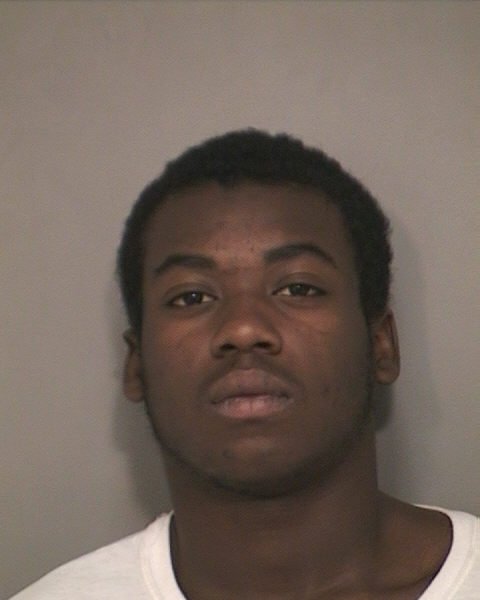 According to detectives, while walking westbound on Carroll Street, the victim, a juvenile male, was approached by Patrick Hood (pictured right), 17, of 10 Hillman Place, Roosevelt and another 15 year old male subject. As the juvenile subject held a machete to the victims face, Hood reached into the victim’s pocket and removed his iPhone. Both subjects then fled the scene.

After contacting 911, responding officers were able to locate the whereabouts of the phone utilizing the “Find My Phone” application. After responding to a Locust Court residence, the 15 year old subject was found and placed under arrest.

A subsequent investigation led detectives to Hood who was located on 06/19/2014 at 800 Jerusalem Avenue in Uniondale where he was placed under arrest without incident.

The juvenile defendant was custodialized and is being charged with Robbery 1st Degree.  He was previously arraigned in First District Court.

Hood is also charged with Robbery 1st Degree and will be arraigned in First District, Hempstead on 06/20/2014.