Bills Deliver on Promises Made at the NYS Wine, Beer, and Spirits Summit. 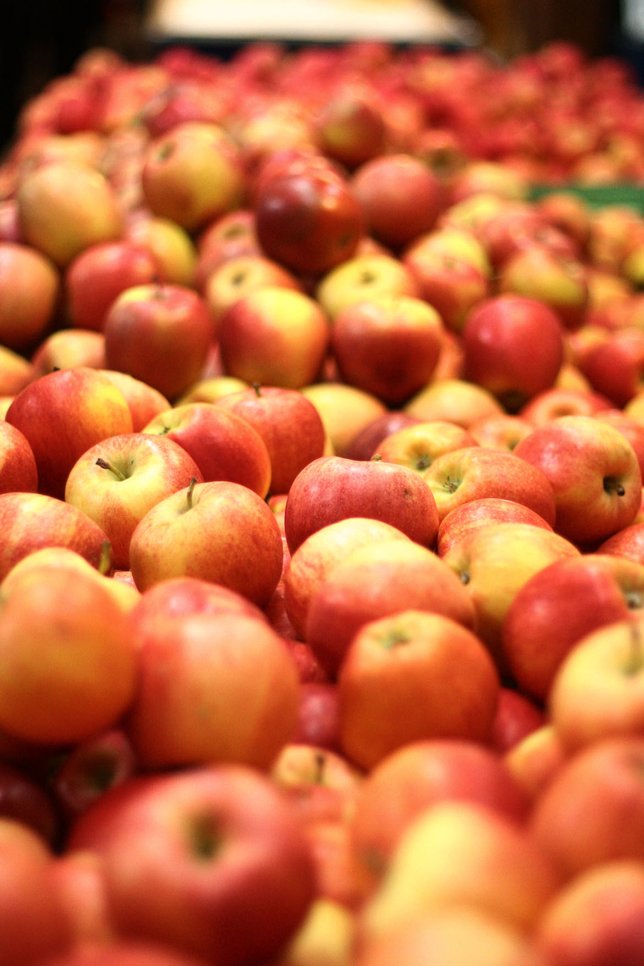 “Today’s agreement on these two bills delivers on promises we made at the Wine, Beer and Spirits Summit to help our growing cideries and eliminate red tape to make doing business in New York easier,” Governor Cuomo said. “The Farm Cideries Bill will authorize and promote the manufacturing and sale of hard cider made from crops grown right here in New York. The Brand Label Registration Bill will simplify and update the labeling registration process and provide financial relief to smaller manufacturers. The wine, beer, spirits and now hard cider industries are important sectors of our agricultural and tourism industries, and we are committed to helping them grow and stay in New York.”

Senate Agriculture Committee Chair Patricia Ritchie said, “Today, more and more cideries are popping up across New York State, joining wineries and breweries to not only offer locally made products, but also providing a boost to our state’s agriculture and tourism industries. I applaud the Governor for recognizing how important it is to capitalize on this growing industry in an effort to help cideries expand and gain extra opportunities to highlight and market their products.”

Senator David Valesky, Chairman of the Senate Committee on Commerce, Economic Development, and Small Business said, “We have an opportunity to leverage the high quality apple crop to expand the market for New York farm cideries just as we have done with hops and grapes. I am pleased to sponsor this legislation to help stimulate our agricultural economy, expand the production and marketing of local products, and put New York State apple products in the spotlight.”

Assemblyman William Magee, Chair of the Agriculture Committee said, “This is another important measure in supporting New York’s agricultural industry. Last year, we passed legislation to bolster our craft breweries. It is a logical next step to extend these provisions to promote our growing craft cider makers.”

This bill would authorize the establishment and licensure of farm cideries for the manufacture and sale of cider made from crops grown in New York State and would exclude licensed farm cideries from the sales tax information return filing requirements. In order to obtain a farm cidery license, the hard cider must be made exclusively from apples grown in New York State and no more than 150,000 gallons may be produced annually. Farm cideries would be allowed to offer tastings of and sell not only cider, but also beer, wine, and spirits made from New York products. By allowing farm cideries to expand the activities that can be conducted at the licensed premises, these businesses, much like farm wineries, will become destination locations that will promote tourism within their communities. In addition, the need for apples in the manufacture of New York State labeled cider would create a sustained demand for products from New York’s farmers.

As with farm wineries, distilleries and breweries, it will be difficult for farm cideries to absorb the cost of complying with the annual sales tax information return requirements. Exempting farm cideries from such a requirement will not undermine the effectiveness of the third-party reporting requirements because purchases from farm cidereies are expected to account for a very small percentage of retailers’ overall purchases. Moreover, farm cidereies will be required to maintain sales records pursuant to the requirements imposed by the State Liquor Authority.

The Wine, Beer and Spirits Summit, hosted by Governor Cuomo identified an increased interest in the production of hard cider in New York State. New York has already established licenses for farm producers of wine, spirits and beer, but not for cider. This bill would provide small craft cider makers with additional opportunities to highlight and market their products. The provisions of the new bill are modeled on similar provisions for farm breweries enacted in 2012. The farm winery and farm distillery licensing programs have been an integral part of promoting these industries in New York.

The bill will take effect on the 90th day after it becomes law.

Assemblyman Robin Schimminger, sponsor of the bill, said “I thank my colleagues in the Assembly, Senate and the Governor for investing in our farms. Our farm producers will now be able to manufacture and sell hard cider from ingredients grown and produced only in New York, which will in turn promote economic growth, job creation and tourism.”

This bill will provide clear, concise and understandable requirements for the labeling of alcoholic beverages produced in New York. It simplifies the brand labeling process by reducing the amount of information that must be submitted and reviewed for changes. This bill will provide a business –friendly exemption from brand labeling fees for ciders produced in small batches of 1,500 barrels or less and for distilled spirits produced in small batches of 1,000 gallons or less. This exemption is particularly significant to craft producers, many of whom produce several small-batch artisanal brands each year. A similar exemption for small-batch beers was enacted in 2012. This bill will also clarify the State Liquor Authority’s power to disapprove brand labels that are false or likely to mislead the consumer.

The bill will take effect on the 180th day after it becomes law.

Senator Carl L. Marcellino (R, Syosset) said, “This legislation advanced some easy fixes on regulations that are placed on craft producers. It will help to encourage their entrepreneurial spirit and promote these promising new businesses in our state.”

Senator Patrick M. Gallivan (R-C-I, Elma) said, “Agriculture is New York’s leading industry and the state must promote smart policies to ensure producers and manufacturers continue to thrive in the Empire State. Many small distilleries and cideries produce just a few hundred barrels of product per year; exempting these boutique producers from burdensome labeling fees will enable them to compete in the 21st century and signal that New York State is open to all businesses – large and small.”