A crowd funding campaign has been started to help the family of the missing Medford mother whose body was found last week. 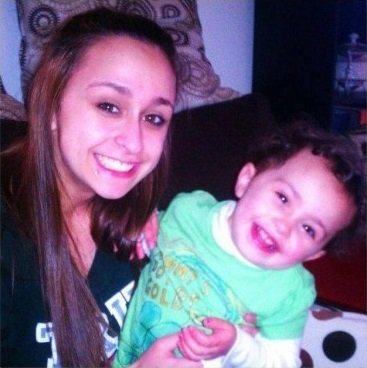 A memorial fund campaign has been launched online to help support the family of Sarah Goode, the 21-year-old Medford mother who went missing on June 8 and whose body was found five days later by a search party comprised of friends and family.

The campaign was launched on Sunday, June 15 through CrowdRise, a crowd sourcing site that helps to raise funds for charities and other causes. Over $33,000 of the $50,000 goal had already been donated by noon on Tuesday. Money raised through the site will go to pay for funeral and burial costs, and any additional funds raised beyond that will be used to support Sarah’s four-year-old daughter, Jocelyn.

“My thoughts and prayers are with you all at this difficult time,” said one donor through the CrowdRise website. “Absolutely heartbreaking, my thoughts are with her little girl and her family and friends,” added another.

Lynn DeMuria, who organized the Sarah Patricia Goode Memorial Fund, said “The outpouring of support is deeply appreciated during this difficult time. Words cannot express our gratitude. Your gifts will help Jocelyn.”

Goode’s car was first discovered near the wooded area by Camden Court in which her body was eventually found. Police said the circumstances under which her car was left were suspicious and proceeded to investigate her death as a homicide, but have not yet released any information about cause of death or potential suspects. They continue to ask anyone with information that may aid the investigation to call Crime Stoppers at 1-800-220-TIPS.

You can contribute to the Sarah Goode Memorial Fund by visiting CrowdRise.