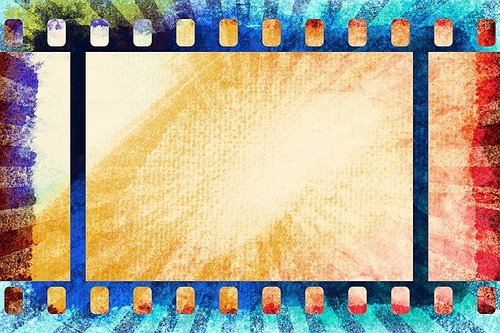 “We’re ready for audiences to see it and are excited it will premiere at LIIFE,” said Steve Sage Goldberg (Disco, Charlie Mantel, Bullified). “The movie is a crazy trip that I think audiences will like.”

Junkie Heaven follows Doyle Burkett (Joseph A. Halsey) an Iraqi war vet who is suffering from PTSD. He also happens to be a junkie willing to do anything to get his fix. After he wakes from a night of using, Doyle is greeted by Alexander (Sal Rendino), a spiritual being who gives Doyle the choice to turn the tide of an ancient war.

"Junkie Heaven is a gritty film with amazing roles for actors,” said Joseph A. Halsey (Law & Order: Special Victims Unit, Leaving, The Maltese Murder Mystery). “I got to dig deep with the character of Doyle Burkket and go to the dark places that few scripts and characters can take you.”

Goldberg’s second effort was pulled together on a micro-budget that relied heavily on a cast and crew that was dedicated to the story and the idea of the film. It was filmed in four days in West Babylon and Bellmore Long Island.

“This film is an awesome example of what the right people can do with any budget,” said Executive Producer Cecily Mihok-Trenka of Merrick Long Island.  “There will be many more in our future."

“I have been carrying the drug addicted Doyle character around with me for years,” said Kolinsky. “And when Goldberg provided me with the opportunity to bring him to life in a supernatural setting—I couldn’t wait to write the story.”

“As an actor, I am in a constant search for roles that are challenging and filled will depth, along with a script that steps out of the box, but is still entertaining,” said Halsey. “Lee Kolinsky gave me that with the role of Doyle."

“Working on the role of Alexander in Junkie Heaven allowed me to investigate new territory in a nicely woven story of desperation and deception,” said Sal Rendino. “The role challenged me, forcing me to trust the narrative and be still most of the time, even though my tendency is to lean on the throttle.” He added “It seemed the greatest emotional impact could be achieved by simply stating the facts of the story that Alexander is telling.”

Junkie Heaven is the second film Goldberg and Kolinsky have collaborated on. LIIFE is being held at Bellmore Movies & The Showplace at 222 Pettit Avenue, Bellmore, New York 11710.