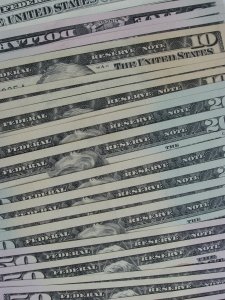 New York, NY - June 16, 2014 - Attorney General Eric T. Schneiderman today announced that Capital One Financial Corporation has agreed to adopt new policies governing its use of ChexSystems, a credit bureau that screens people seeking to open checking or savings accounts, which will allow many more New Yorkers to open bank accounts. Working in cooperation with the Attorney General’s office, Capital One has devised new policies that will allow many thousands more New Yorkers and consumers nationwide to open bank accounts by the end of this year. The change comes amid concerns that screenings by ChexSystems and other credit bureaus, which are used by many of our nation’s biggest banks, adversely affect lower-income applicants and those who fall prey to identity theft.
“No one - least of all struggling New Yorkers - should be forced to rely on high-cost alternatives to banks just because they bounced a check or were a victim of identity theft,” Attorney General Schneiderman said. “Equal access is the least we can do to ensure that all New Yorkers have access to widely used services such as our nation's banking system. I commend Capital One for stepping up and working with us to help eliminate an unnecessary barrier to opening a checking or savings account. I would hope other banks will step up and join us to do the same.”
ChexSystems is one of several databases used by some of the nation’s largest banks and credit unions to analyze the banking history of consumers who apply for bank accounts. Customers who are deemed by ChexSystems to present a credit or fraud risk are typically denied the opportunity to open an account. Such databases disproportionately affect lower-income Americans, often punishing them for relatively small financial errors and forcing them to resort to fringe banking services that are more costly than mainstream checking and savings accounts.
Studies show that more than 3 million New York households are either unbanked, meaning that no family member has a bank account, or are underbanked, meaning that they have a bank account but also rely on high-cost alternative financial services. According to one study, the New York State average for unbanked households is 9.8%, higher than the national average of 7.7%. Of counties with more than 100,000 households, the study ranks the Bronx as the second most unbanked county in the country and Brooklyn as the eighth most unbanked county. Of cities with more than 100,000 households, Buffalo ranks as the eighth most unbanked city in the country. Of midsize cities-- those with 50,000 to 100,000 households-- Rochester is the eighth most unbanked. In New York City, according to a 2010 study, more than 825,000 adults did not have bank accounts and, in two neighborhoods —Jamaica in Queens and Melrose in the Bronx—residents spent more than $19 million per year on check cashing fees.
The Attorney General’s agreement with Capital One comes as part of an ongoing investigation by the Attorney General’s Civil Rights and Consumer Frauds Bureaus into the use of credit bureaus like ChexSystems by major American banks.
Under the terms of the agreement, Capital One will continue screening customers for past fraud but will no longer seek to predict whether customers present credit risks. Capital One also has committed to expanding its support for the Office of Financial Empowerment (OFE), a New York City agency that provides financial education and counseling to low-income New Yorkers. Capital One, which has an existing partnership with the city agency, will donate $50,000 to help OFE provide counseling for applicants who are rejected by the bank on the basis of a ChexSystems report. OFE’s services are available to all New Yorkers, regardless of their county of residence. The changes to Capital One’s policies, which are expected to take effect by the end of 2014, will be implemented nationwide.
Marc Morial, President and Chief Executive Officer of the National Urban League, said, “Promotion of economic opportunity for minority and low-income families and communities must be a top priority.  Too many African-American and Latino communities are denied access to traditional banking products and left vulnerable to costly and predatory check cashing outlets. I thank the Attorney General’s Office for taking action to ensure that banks are extending basic services equally to all communities.”
Justine Zinkin, CEO of Neighborhood Trust Financial Partners, said, “Today's announcement is an important step in the process of reforming how the big banks serve low-income consumers. At Neighborhood Trust our clients are regularly denied basic banking services because of errors in ChexSystems or identity theft, and it is nearly impossible to correct these inaccuracies. The irony is that our clients and millions of other low-income New Yorkers, the majority of whom are underbanked, would be reliable customers. This is not to mention the outsized social impact of getting someone banked. Neighborhood Trust applauds the Attorney General’s office and Capital One. We hope investigations like this one will continue and that other banks will follow Capital One's example.”
Kleber Santos, Capital One Bank’s Senior Vice President of Retail and Direct Banking, said, “We greatly appreciate the work of the Attorney General’s staff in bringing these concerns to light, and we’re pleased to be able to work together to expand access to critical banking services for all New Yorkers. Capital One is committed to providing the broadest possible access to our banking products and services to consumers across the credit spectrum to help ensure that economic opportunity is available to everyone, in every community.”
This matter is being handled by Assistant Attorney General Melvin Goldberg of the Consumer Frauds Bureau and Special Counsel Jessica Attie of the Civil Rights Bureau. The Civil Rights Bureau, led by Chief Kristen Clarke, is part of the Division of Social Justice, which is led by Executive Deputy Attorney General for Social Justice Alvin Bragg. The Consumer Frauds Bureau, led by Chief Jane M. Azia, is part of the Division of Economic Justice headed by Executive Deputy Attorney General Karla G. Sanchez.