Dredging Plans Being Made for South Ferry

The project is scheduled to begin in fall 2014. 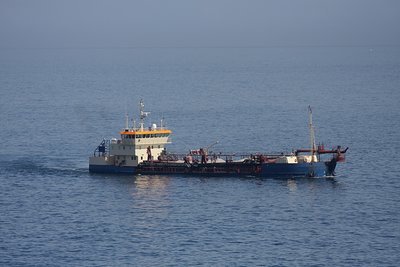 Suffolk County lawmakers are in the process of planning a dredging project between Shelter Island and New Haven. The dredging will take place in the channel where the South Ferry crosses, and will attempt to deal with shifting sediments that may eventually make the channel too shallow for the ferry to cross safely.

The South Ferry is the only way to get from Route 114 in New Haven to the south end of Shelter Island. The ferry transports vehicles across the water, and officials said that the passage would not be safe for the ferry if the underwater sediments shift too drastically.

"If we have the wind coming from the west at 40 miles an hour for three days, we'd have a real problem," ferry operator Cliff Clark said in a report from Newsday.

Although the project would most likely not get underway until fall of 2014, Clark said that there has been hardly any dredging in that channel.

Dredging is the process of excavating underwater sediments and disposing of them at a different location. The process is most commonly used to keep waterways safely navigable, but it can also be used to replenish sand on beaches.

Since Hurricane Sandy hit the east coast last October, several dredging projects have sprung up in order to keep channels safe for ships to pass. The storm had a big effect on underwater sediments in navigation channels commonly used by the military.

Dredging projects are normally done between October and January due to environmental restrictions. Before the South Ferry dredging project can begin, the Long Island Power Authority must mark where their underwater cables run in order to avoid damages and possible power outages.

The total cost of the project is estimated at $1.5 million. State Sen. Kenneth P. LaValle said that about half of those funds will be coming from New York’s transportation department, and the other half will be provided by Suffolk County.

The North and South Ferries save drivers about three hours when they are travelling between Long Island’s north and south fork. It takes the ferries about 15 minutes to cross from Shelter Island to either fork.