The Last Driver Takes Off for Long Island Filmmaker

It has been an interesting road for Merrick filmmaker, Debra Markowitz. From being Director of the Nassau County Film Commission since its inception in 1988, to becoming a film director in 2014. 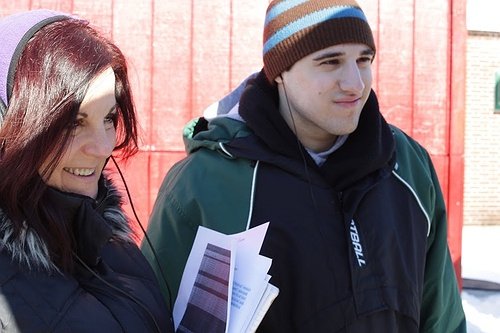 Long Island, NY - June 12, 2015 - It has been an interesting road for Merrick filmmaker, Debra Markowitz. From being Director of the Nassau County Film Commission since its inception in 1988, to becoming a film director in 2014.

When Markowitz was approached by Fort Salonga filmmaker Peter Bongiorno in 2013 to help cast his new film, My Cross to Bear, she jumped on board and filled all the acting roles, many with name actors including Robert Clohessy of Blue Bloods,  Jackie “the Joke Man” Martling and Joe Gannascoli of The Sopranos.

She then went on to Executive Produce and cast Living with the Dead, a feature film about a teenage girl who must deal with her boyfriend’s suicide and the adventure she takes to try and find peace with herself. This gripping and literary tale, which was written and directed by Christine Vartoughian, stars Robert Clohessy (Blue Bloods), Deborah Twiss (Kick-Ass), Selenis Leyva (Orange is the New Black), Marc Coppola (Bling Ring), Chris Riggi (Gossip Girl), and newcomers Emily Jackson, Craig Kelly, Benjamin Frankenberg and Chris Bellant.

Debra Markowitz went on to cast and produce other films and commercials before she went on to direct her own projects, The Last Taxi Driver and Leaving.  “I wanted to learn the entire process,” states Markowitz.  “Although separate from my work at the Nassau County Film Commission, it has also helped me really understand the needs of independent filmmakers, so it has helped my career all around.”

Markowitz’s films have been garnering good reviews from movie bloggers and Leaving premiered at the SOHO International Film Festival last month.  As she waits for more acceptances from other film festivals, (both films have been accepted by three film festivals in NJ, but she cannot mention which ones as yet), both Leaving and The Last Taxi Driver will be screening at LIIFE – the Long Island International Film Expo which is held from July 8 – 16, 2015 at the Bellmore Movies.  “I’m very excited that The Last Taxi Driver will be screening on Wednesday, July 8 in the 8 p.m. film block along with Living with the Dead and Man from the City.  Both Man from the City and The Last Taxi Driver filmed on Long Island (Roslyn/Mineola and East Meadow respectively).  Stars Robert Clohessy, who is in all three films, Deborah Twiss and Marc Coppola will be at the screening for that film block and will meet and greet the audience.  Debra is awaiting confirmations from other celebrities as well.

Leaving will be screening in the Friday, July 10, 6:45 p.m. film block with Ralph Suarez’s short film, Halina, and feature film, Wildlike, which is the official opening night feature film and one of the highlights of the festival.

So while all of the films Debra either cast, produced, wrote and/or directed (including Suzanne Guacci’s STUFF, Elias Plagianos’s Man from the City and Steve Sage’s Junkie Heaven) are hitting the festival trail heavy, she’s already working on two new projects. By Blood is a short film she wrote and will be directing starring Long Island’s Russ Camarda (Lindenhurst), NJ’s Joseph A. Halsey, and Florida’s Diana Durango. By Blood also features Bayville’s Jackie “The Joke Man” Martling and will finish filming on July 2.

Her newest project is coming aboard Freeport’s Joey MHz’s project, BIRR, set to film end of July.  Besides being the cast director, Markowitz was also asked to play the lead, which she initially turned down.  “It has been probably 15 years since I’ve acted, and I didn’t want to take something on if I felt I couldn’t do a great job for the film.  After speaking with Joey, the writer and director, I realized how important this story was, and once I could feel it, I felt I could do it.”  BIRR is also being produced by Hairspray’s Nikki Blonsky of Great Neck and features Markowitz’s oftentimes creative partner, Joseph Halsey.

For more information on the Long Island International Film Expo, please click here. And you can find out more about Debra Markowitz’s projects and her films’ screenings  by clikcing here.