Update: Arrest Made in Death of Missing Medford Mother

A man has been arrested in connection to the death of the young Medford mother who went missing in June. 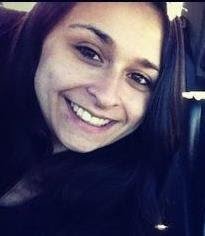 Taylor, 19, of 10 Bedford St., Mastic, was arrested in Florida by Suffolk County Police Homicide detectives and the United States Marshals for an unrelated arrest warrant on July 10 and was transported to Suffolk County Police Headquarters where he was charged on July 12 with Murder 2nd Degree.
Taylor will be held at the Sixth Precinct and arraigned at First District Court in Central Islip this morning.

Original Story - June 13, 2014 - County medical examiners are working to identify the body of a woman found in a wooded area in Medford on the night of June 12. According to the Suffolk County Police Sixth Precinct, officers responded to reports of a body having been discovered in the wooded area near Camden Court around 6:15 PM.

The body was discovered by a search party of 40-45 people which had set out to look for Sarah P. Goode, the 21-year-old woman who has been missing since June 8 and whose 1999 BMW was discovered under suspicious circumstances in the vicinity.

Goode did not contact her family members for a period of two days before she was declared missing. She is described as 5’3,” 100 pounds, white, having long brown hair, brown eyes, and a flower tattoo on her foot.

Police have not yet confirmed the identity of the body or determined the cause of death, but they are investigating the incident as a homicide. They are asking anyone with pertinent information to call Crime Stoppers at 1-800-220-TIPS, or the Homicide Squad at 631-852-6392.