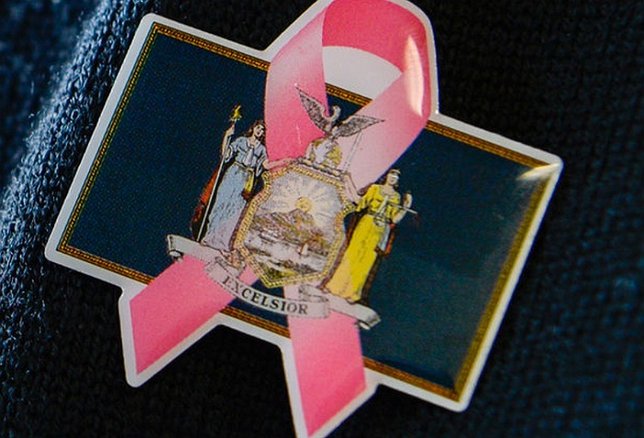 Initiative build on Governor's plan to improve access to breast cancer screenings - the most aggressive in the Nation; agreement expands screening hours at hospitals and clinics; removes insurance barriers and offers paid leave for screening to all public employees.

Under Governor Cuomo, New York State is taking the most aggressive action in the nation to improve access to breast cancer screening. Together, these initiatives will build on that plan and help more women across the state gain access to the health care and services they need and deserve. This agreement includes legislation to extend hours for screening at 210 hospital-based mammography facilities across the state and to eliminate insurance hurdles for mammograms and other screening and diagnostic imaging procedures to detect breast cancer.

“Early detection is key to fighting breast cancer and New York State is proud to be home to the most aggressive cancer screening operation in the country,” Governor Cuomo said. “When Sandy was diagnosed with breast cancer, she was lucky to have caught it early. But not all women are that lucky, and many are not fortunate enough to have the flexibility in their schedule or the resources to fight this disease head on. By expanding screening hours and removing insurance barriers, this agreement will give our wives, daughters and sisters better access to life-saving health services so they too can get ahead of this disease. I thank Majority Leader Flanagan and Speaker Heastie for their partnership and strongly encourage all women to get screened – because when it comes to cancer, early detection can make a lifetime of difference.”

Senate Majority Leader John Flanagan said, “I am pleased that we have reached a three-way agreement to reaffirm the state’s commitment to giving women the chance to live a long and healthy life. That is why it is critical that we do everything possible to encourage New York women to get the screenings they need and deserve. I thank Governor Cuomo for shining a light on this issue and our colleagues on both sides of the isle for their dedication to getting the tools people need in the fight against breast cancer. We all recognize that early detection continues to be the best way to survive breast cancer and I am proud to be getting something so vital done for the people of New York.”

Assembly Speaker Carl Heastie said, “Breast cancer touches the lives of so many women – our wives, mothers, daughters, sisters and friends. This agreement represents our commitment to limiting its impacts by increasing awareness and making sure that women have access to the affordable breast cancer screenings they need to ensure life-saving early detection. The addition of mobile mammography vans will strengthen our fight against breast cancer by offering preventative services to communities that otherwise did not have access. Through this agreement, New York will remain a progressive leader and be a model for the nation in promoting the health and wellness of women – a mission that has long been a top priority for the Assembly Majority.”

Today’s legislation builds upon $91 million in investments outlined in the Governor’s State of the State Address to increase awareness and screening for breast cancer, including a public awareness campaign, community outreach programs, patient navigators, and mobile mammography vans. The new legislative agreement will:

“I am proud that New York State is at the forefront of promoting breast cancer screening,” said NYS Health Commissioner Dr. Howard Zucker. “Governor Cuomo’s initiatives will increase the chances of early detection, which will result in earlier and more effective treatment. These new laws will make a positive difference in the health and the lives of women around the state.”

“Early detection of breast cancer saves women’s lives,” said Acting Financial Services Superintendent Maria T. Vullo. “This legislation, which removes the financial impediments to vital screening and diagnostic imaging, will help women and families and will improve the chances that breast cancer will be found early and treated successfully. I applaud Governor Cuomo for taking this important and aggressive action for women across New York State. ”

Screening for breast cancer, which includes mammography, can increase the detection of the disease at an early stage, when treatment is most effective. In 2014, nearly 22 percent of women in New York State aged 50-74 reported not having mammograms at least every other year.

The Community Preventive Services Task Force, an independent panel of experts appointed by the federal Centers for Disease Control and Prevention, has determined that structural barriers, such as lack of convenient office hours, have a significant impact on a woman’s ability to be screened. Due to work and family obligations, women often have difficulty scheduling mammograms during the typical 9 a.m. to 5 p.m. workday. Other barriers to screening include transportation, not understanding the importance of screenings and fears that mammograms are painful.

Shakiba Muhammadi of Susan G. Komen Greater New York City said, “We are very grateful to Governor Cuomo, Majority Leader Flanagan and Speaker Heastie for enacting this crucial legislation that will help increase access to and coverage for breast cancer screening. We know that early detection provides the best chance for survival, and we applaud our state leaders for this aggressive plan that will benefit so many women in New York.”

Maureen Killackey, M.D., Chair of the New York State Cancer Detection and Education Program Advisory Council said, "This is a truly patient centered action. Extended and increased screening hours, and reduced financial barriers to high quality screening services will ensure that New York State women will have access to earlier breast cancer detection. Governor Cuomo and the State Legislature are ensuring that more cases of breast cancer will be detected earlier and more women will get the treatment they need sooner. The bottom line is that this legislation is going to save lives.”

Roswell Park Cancer Institute President & CEO Candace S. Johnson, PhD said, “These new laws are a game-changer for women’s health and will help women to be proactive and to have the best opportunities for early detection, successful treatment and great quality of life. Roswell Park is encouraged that lawmakers were able to come together on this vital issue to address the barriers to screening and insurance coverage that so many women face.”

Many barriers exist for individuals whose working hours or other commitments and responsibilities prevent them from undertaking a cancer screening. In New York, state employees currently receive four hours of annual leave for breast cancer screening. To ensure that all New Yorkers have access to breast screening services, the state is asking all private sector employers to grant the same type of benefit to their employees and provide four hours of annual leave. 35 companies are actively engaged in the state’s effort. Any employer wishing to join can submit their contact information here.