Third Squad detectives are investigating a Robbery that occurred on Tuesday, May 26, 2015 at 9:15 pm in East Garden City. 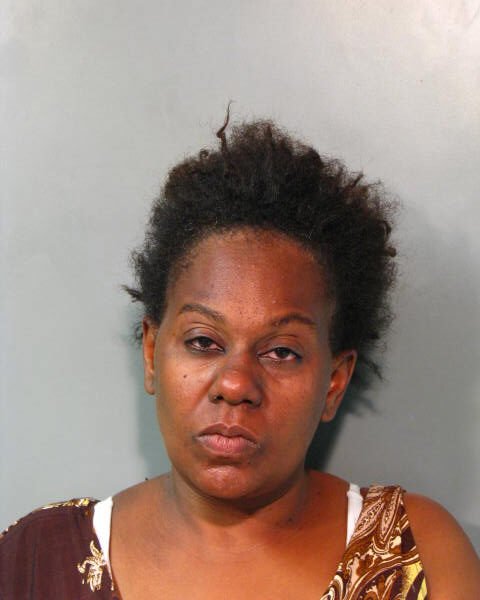 Update - June 12, 2015 - The Third Squad reports the arrest of Lisa M. Berry, 42 of Hempstead for the below Robbery. Berry was located on Thursday, June 11, 2015 at 7:25 p.m. on Fulton Avenue in Hempstead where she was placed under arrest without incident. She is charged with Robbery 1st degree and Criminal Use of a Firearm 1st degree. She will be arraigned on Friday, June 12, 2015 at First District Court in Hempstead.

According to detectives, after finishing her shift at a local establishment at the Roosevelt Field Mall and walking through the parking lot to her car, the 25 year old female victim was approached from behind by a female black subject who displayed a black handgun and demanded money from her. After handing the subject $110.00 in cash, the subject fled on foot and was last seen heading through a nearby parking garage.

The uninjured victim described the subject as being 6’ tall, 250 pounds, with shoulder length black hair. She was wearing a dark blue t-shirt, light colored pants and a dark baseball cap.