Lend Me A Tenor Now Playing Through June 23rd At Bay Street Theatre!

Bay Street Theatre’s 2013 Mainstage Season has begun with Lend Me a Tenor now showing through June 23. 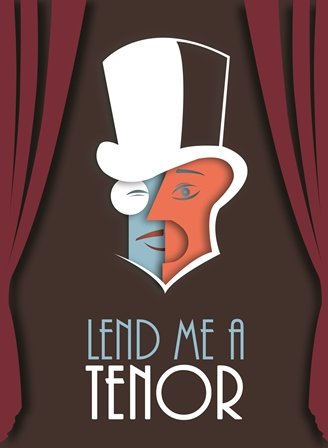 Sag Harbor, NY –  June 12th, 2013 – Bay Street Theatre’s 2013 Mainstage Season has begun with Lend Me a Tenor now showing through June 23. This hilarious Ken Ludwig comedy, under the direction of Don Stephenson, includes Judy Blazer, Scott Cote, Betsy DiLellio, Donna English, Nancy Johnston, Noah Plomgren, Steve Rosen and Roland Rusinek as its hilarious cast. Ticket prices are $59.50 and $69.50 with discounts for seniors, students, veterans and first responders as well. For more information call the Box Office at 631-725-9500 or buy online at www.baystreet.org. Previews for Lend Me a Tenor (May 28-31) are sponsored by Peconic Landing.

Set in 1934, Lend Me a Tenor tells the story of the renowned "Il Stupendo" as he is accidentally given a double dose of tranquilizers causing a chain reaction of mistaken identity, double-entendres and musical mayhem.

“This show was amazing,” says Gary Hygom, Producer for Bay Street Theatre, “Lend Me a Tenor was such a night of fun. I recommend it for audiences of all ages.”

Lend Me a Tenor was produced by Andrew Lloyd Webber on both the West End (1986) and Broadway (1989). It received nine Tony Award nominations and won for Best Actor and Best Director. As a Broadway revival, Lend Me a Tenor opened in 2010 and was nominated for the Olivier Award as Comedy of the Year.

Ken Ludwig is an internationally-acclaimed playwright whose work has been performed in at least 30 countries in over 20 languages. He has had six shows on Broadway and six in the West End. Awards include two Laurence Olivier Awards, three Tony Award nominations and two Helen Hayes Awards. His best known plays include Lend Me A Tenor, Crazy For You, Moon Over Buffalo, Leading Ladies, Twentieth Century, The Adventures of Tom Sawyer, The Game’s Afoot, The Fox on the Fairway, Midsummer/Jersey, The Three Musketeers, Treasure Island and The Beaux’ Stratagem. His book, How to Teach Your Children Shakespeare, will be published in June 2013 by Crown Publishing. He studied music at Harvard with Leonard Bernstein and theatre history at Cambridge University in England.

Don Stephenson’s directing credits include: the critically acclaimed productions of The 39 Steps, Titanic, Cat on a Hot Tin Roof, Oleanna and The Great Unknown. Broadway acting credits include The Producers, Dracula, Titanic, Parade, By Jeeves, Wonderful Town, Private Lives, Rock of Ages, and Pardon My English. Off Broadway includes Take Me Along at Irish Rep, Chess and The Tavern at Equity Library Theatre. For television, Stephenson appeared as himself on an episode of Curb Your Enthusiasm. He is married to Emily Loesser, daughter of Guys and Dolls composer Frank Loesser. Stephenson has also appeared in Turandot: The Rumble for the Ring at Bay Street Theatre.

Scott Cote (Bellhop) played the role of Goran on the 1st Broadway National Tour and the regional premiere at the Lyric Theatre of Chitty Chitty Bang Bang. He originated the role of Gus Gus in the new musical Twice Charmed: An Original Twist on the Cinderella Story for Disney Creative Entertainment. His other regional credits include Harry the Horse in Guys and Dolls, Robert in Boeing Boeing, Gangster #1 in The Drowsy Chaperone, Ernst Ludwig in Cabaret, Howard in Moon Over Buffalo, Brian Runnicles in No Sex Please, We're British, Thurston Wheelis (et al) in Greater Tuna.

Betsy DiLellio (Maggie) is happy to be back at the Bay Street Theatre where she was previously seen as Eleanor Roosevelt in Enter Laughing: The Musical.  National Tours:  The Light in the Piazza directed by Bartlett Sher (1st National), The Sound of Music (Atlanta TOTS).  Off-Broadway:  Enter Laughing: The Musical (York Theatre and OCS), Glimpses of the Moon (The Oak Room), The Baker’s Wife (York Theatre).  Regional:  It's a Wonderful Life (BBDT), Carousel, The Full Monty (WVPT), The Light in the Piazza (Maine State Music Theatre), Oklahoma!, Annie (Atlanta TOTS), The Tin Pan Alley Rag (The Cleveland Playhouse). Many thanks to John and Gary.  Ciao Pasquale!

Noah Plomgren (Max) is thrilled to be at the Bay Street Theatre in this production of Lend Me A Tenor. Recent credits include: Claude in the national tour of Hair, Gabe in Next to Normal and Murdoch in Titanic, both at the Hangar Theatre, Zack in Tigers Be Still at City Theatre Company, Pirelli in Sweeney Todd, and Radu in Mad Forest. Noah is a proud graduate of the Carnegie Mellon School of Drama. Love and gratitude to my incredible family and friends.

The 2013 Mainstage Season continues with The Mystery of Irma Vep (July 2-28) by Charles Ludlam, directed by Kenneth Elliott starring its newly announced cast Tom Aulino and David Greenspan. This satire of several theatrical and film genres, includes Victorian melodrama, farce and the Alfred Hitchcock film Rebecca (1940). The play is written for two actors who, between them, play eight characters of both sexes. It contains the occasional jibe of an adult nature, but is largely acceptable for younger audiences. Time Magazine and the New York Times both named The Mystery of Irma Vep one of the Best Plays of the Year - and you will too!

“We are so thrilled to have David and Tom as part of the Irma Vep cast,” says Hygom. “This show, led by Elliott’s genius, is going to be an amazing part of our summer production.”

Kenneth Elliott has directed off-Broadway plays and musicals at such theatres as the Public, Primary Stages, Manhattan Theatre Club and the WPA Theatre. He co-authored and directed Devil Boys from Beyond, which received the “Outstanding Play” award at the 2009 New York International Fringe Festival and transferred to New World Stages in 2010. He is best known for his long collaboration with Charles Busch, having directed (and sometimes appeared in) the original productions of Mr. Busch’s plays from Vampire Lesbians of Sodom to You Should Be So Lucky. He also directed revivals of Mart Crowley’s The Boys in the Band in New York and the West End of London. Regional credits include The Asolo Theatre Center, Cincinnati Playhouse-in-the-Park, Cleveland Play House, Denver Center, Wilma Theatre, and the Cape Playhouse. He is delighted to return to the Bay Street Theatre where he directed Home Fires, which was later retitled Swingtime Canteen for its off-Broadway transfer. He is associate professor of theatre and chair of the Fine Arts Department at Rutgers University in Camden.

Tom Aulino’s New York credits include the Broadway revival of On The Town as well as Marvin’s Room (Playwrights Horizons), Up Against It!, The Chang Fragments (Public Theatre) Measure for Measure and Henry VIII (Delacorte), Sin (Second Stage) and UBU (Lincoln Center). He recently performed in Mary Zimmerman’s production of Candide in Chicago, Washington D.C. and Boston. Other Chicago credits include The Winter’s Tale and She Always Said, Pablo (Goodman), The Dresser, Valparaiso (Steppenwolf), Take Me Out (Joseph Jefferson Award) and Theatre District (Steppenwolf/About Face Theatres). At Kansas City Rep he performed in Circle Mirror Transformation and directed their production of The Mystery of Irma Vep last fall. He was an original member of Charles Busch and Ken Elliott’s Theatre-In-Limbo, appearing in the cult classics, Vampire Lesbians of Sodom, Sleeping Beauty or Coma, Pardon My Inquisition, Theodora She-Bitch of Byzantium and Times Square Angel. He is Assistant Professor of Theatre at Auburn University.

David Greenspan recent credits include The Haunted Inn (Target Margin), Marie Antoinette (A.R.T/Yale Rep), Melancholy Play (13P); two performance Obies: one for Terrence McNally’s Some Men and Goethe’s Faust, one for Mart Crowley's The Boys in the Band (dir. Kenneth Elliott); solo renditions of Barry Conners’ The Patsy and Gertrude Stein’s lecture, Plays, and his own plays, most notably Dead Mother at the Public, She Stoops to Comedy (Obie) and Go Back to Where You Are at Playwrights Horizons, The Argument (Obie) with Target Margin, The Myopia with The Foundry and Coraline (w/Stephin Merritt) at MCC. Obie for Sustained Achievement.

In August, Bay Street presents the Stephen Sondheim musical A Funny Thing Happened on the Way to the Forum (August 6 – September 1) based on the book by Burt Shevelove and Larry Gelbart with Musical Director Ethyl Will, and Directed and Choreographed by Marcia Milgrom Dodge. Previews August 6-9 are sponsored by Peconic Landing.

Buy a subscription to all 3 Mainstage productions this summer starting at $138! Log on to www.baystreet.org to purchase a subscription or single tickets, or call the Box Office at 631-725-9500, now open 7 days a week, 11 am till show time.