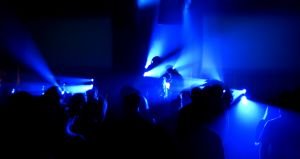 New York, NY - June 11 - James J. Hunt, Acting Special Agent in Charge (Acting SAC) of the U.S. Drug Enforcement Administration’s New York Division (DEA), Bridget G. Brennan, New York City’s Special Narcotics Prosecutor, and New York City Police Commissioner William J. Bratton, announced the indictment and arrest of five defendants for their roles in an alleged scheme to drug wealthy victims and charge approximately $200,000 in unauthorized purchases to their credit cards at two New York City gentlemen’s clubs.
An eight-month investigation by the DEA’s Tactical Diversion Squad and the New York City Police Department (NYPD) resulted in an indictment by the Office of the Special Narcotics Prosecutor (SNP) charging Grand Larceny in the Second Degree, Grand Larceny in the Third Degree, Conspiracy in the Fourth Degree, Conspiracy in the Fifth Degree, Assault in the Second Degree, Forgery in the Second Degree and Tampering with Physical Evidence.
Beginning late on Monday, agents and officers arrested the four female adult entertainers, Samantha Barbash, Roselyn Keo, Karina Pascucci and Marsi Rosen. Carmine Vitolo, a manager at RoadHouse NYC Gentlemen’s Club in Flushing, Queens was arrested this morning. The DEA’s Tactical Diversion Squad is comprised of agents and officers with the DEA, NYPD, Town of Orangetown Police Department and Westchester County Police Department.
The conspiracy charged in the indictment centers on the theft of approximately $200,000 from four victims between September 3, 2013 and December 19, 2013. However, agents believe one or more of the charged defendants were involved in similar criminal activity as early as 2011.
The four victims in this case included professionals in medicine, finance and the law. In carrying out the alleged scheme, the female defendants initially met with the victims in upscale bars or restaurants in the New York area, often under the pretense of a “date”. At other times, in a process known to law enforcement as “fishing”, the defendants trolled bars for worthy targets.
Working together, the defendants used drugs or a mixture of drugs to intoxicate the victims, including ketamine (a tranquilizer), methylone (commonly sold “molly”), and cocaine.  In many cases, drugs were secretly administered to the victim without their consent.
While under the influence of the drugs, the victims were transported to either Scores New York at 536 West 28th Street on Manhattan’s West Side or to RoadHouse NYC Gentlemen’s Club at 32-17 College Point Boulevard in Flushing, Queens in the defendants’ vehicles. Inside the club, the victims were taken to a private room for adult entertainment.
The investigation revealed that the defendants then obtained the victims credit cards and identification. Barbash and Keo primarily oversaw the financial part of the scheme. The defendants determined the available credit and discussed amongst themselves how much to charge on the cards. In instances when they were at RoadHouse, the women also conferred with Vitolo for this purpose.
The defendants fraudulently charged tens of thousands of dollars to the victims’ credit cards without their knowledge.  These unauthorized charges were obtained by swiping the victim’s credit card – sometimes multiple credit cards – and then either forging the victim’s signature or concealing the amount of the charge from the victim and causing him to believe he was signing a bill for significantly less than the actual charge.
By these means, the defendants allegedly charged hundreds of thousands of dollars in unauthorized purchases to the victims’ credit cards.  Charges on individual credit cards ranged from approximately $5,000 to over $50,000. In some cases, multiple cards belonging to a single victim were charged in one night. One victim had more than $100,000 in fraudulent charges over the course of three nights. Based on the total charged, the clubs paid the women a proportionate amount.
At the end of the night, some victims woke up in their beds and had no knowledge of having gone to a club the night before.  Investigators believe that a combination of different drugs utilized on the victims sometimes caused memory loss.  The victims learned of the extent of the charges to their credit cards only after they checked their statement or received a call from their credit card companies. Each of the four victims attempted to reverse some or all of the charges.  In response, the defendants sent threatening text messages telling the victims not to contest the charges.
Three of the defendants were arraigned yesterday in Manhattan Supreme Court before Judge Bonnie Wittner, where bail was set at $10,000 cash for Barbash, $5,000 cash each for Keo and $5,000 cash for Rosen. Pascucci and Vitolo are expected to be arraigned today.
Special Narcotics Prosecutor Bridget G. Brennan thanked SNP’s Special Investigation Bureau, the DEA’s Tactical Diversion Squad, the NYPD, which initiated this investigation, and the Rockland County Task Force.
“This repugnant scheme involved not only the theft of $200,000, but compromised the health, safety and security of victims by covertly giving them harmful substances,” said Bridget G. Brennan. “The defendants were banking on the victims being too afraid to contact the police, but as the indictment and arrests show, they made a serious miscalculation.”
DEA Acting SAC in Charge James J. Hunt stated, “This crime ring targeted wealthy men in the New York City area to extort hundreds of thousands of dollars.  Case in point, four women and one man preyed on, drugged, endangered and robbed unsuspecting victims while they were under the influence of synthetic drugs used as a date rape drug.   Law enforcement will not tolerate those who drug a victim into unconsciousness in order to take advantage of them – man or woman.”
Acting SAC Hunt commends the victims of these crimes who came forward and praises the men and women of the Tactical Diversion Squad and the Office of the Special Narcotics Prosecutor for their dedicated work throughout this investigation.
Commissioner William J. Bratton said, “These individuals targeted and isolated victims in order to illegally obtain access to their credit cards and thousands of dollars of credit. Thanks to the hard work of the investigators and prosecutors in this case, these individuals will no longer be in a position to profit from this type of fraudulent activity.”