Joselyn Martinez tracked down her father's killer through background check websites 26 years after his death. 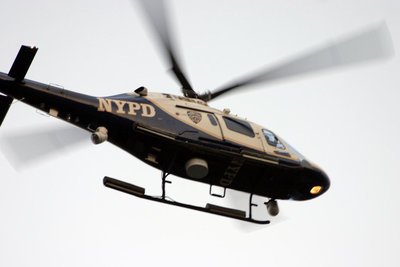 Jose Martinez, was gunned down in the fall of 1986. His slaying became a cold case and the killer thought he’d gotten away. It wasn’t until ten years ago on the anniversary of her father’s death did Joselyn Martinez become proactive in the case. She went down to the 34th precinct and found out all the information on it.

The killer was identified as Justo Santos. On November 22, 1986, Santos, 16, and his two friends entered Jose Martinez’s restaurant the Dominican Express. They were disrespectful and caused trouble immediately upon entering the Inwood restaurant on Dyckman street.

Jose Martinez kicked the three teens out of his restaurant after they asked his wife for sexual favors. The argument between the Dominican immigrant and the teens spilled in to the streets after he followed them out. Witnesses say they ruthlessly shot him in cold blood right in front of his wife. Idalia Martinez had no choice but to bring her wounded husband down to New York-Presbyterian Hospital Columbia herself.

Nine year old Joselyn Martinez found out her father died the following morning.  Justo Santos fled to the Dominican Republic immediately after the shooting. Once out of the country the NYPD lost his trail and had no other choice but to make it a cold case.

In 2006 Martinez searched for Justo Santos on Myspace and Facebook but her father’s killer wasn’t on the social network grid. In 2008 she took to Background.com, USA-Peopleseach.com, Peoplelookup.com, and Intelius.com. Everything from his address and phone number had been stockpiled on these websites.

She took the information to the 34th precinct and the case was reopened by Detective Robert Dewhurst of the cold case squad. Police found Santos in Miami where he’d been working as the manager of a janitorial company. Once in custody he confessed to the killing and avoided extradition. Police are expected to bring Santos back to New York this week for sentencing.