Tthe defendant allegedly drove through a crowd in a sports utility vehicle and struck several pedestrians, killing one and injuring two. 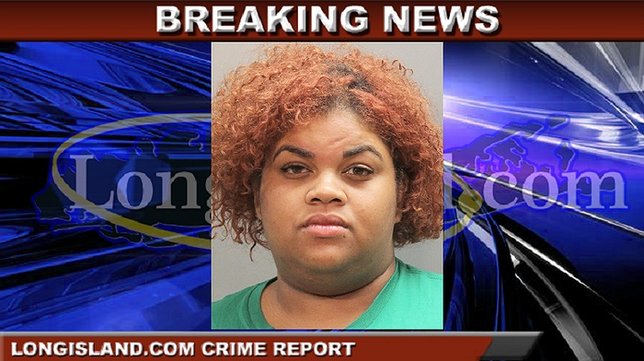 Shania Buchanan allegedly plowed into crowd of people in her SUV.

Hempstead, NY - June 9, 2016 - Nassau County District Attorney Madeline Singas announced that a Hempstead woman was arraigned this morning on depraved indifference murder charges related to an April 20 incident in Hempstead, in which the defendant allegedly drove through a crowd in a sports utility vehicle and struck several pedestrians, killing one and injuring two.

The defendant pleaded not guilty and was remanded. Buchanan is due back in court on July 11. If convicted on the top charge, she faces a maximum of 25 years to life.

“This crash devastated so many families and so many lives,” DA Singas said. “The defendant is charged with barreling into a group of pedestrians while driving an SUV, leaving one bystander dead and two other victims with severe, life-altering injuries. The serious charges reflect that the loss of life and injuries sustained are the direct result of the defendant’s alleged willful and wanton driving. There is no excuse and it will not be tolerated.”

DA Singas said that on April 20 at approximately 5:00 p.m., the defendant was driving when she allegedly learned about an altercation involving a family member. Buchanan drove on Linden Avenue towards a relative’s house at a high rate of speed. A large group of people had gathered in the area as a result of the altercation.

The defendant, driving in her 1999 green Pathfinder, engaged in a series of maneuvers and allegedly hit a woman standing on the side of the road causing the victim to suffer a broken femur. Buchanan then allegedly continued to drive towards the crowd and struck a man on his bicycle. The victim’s spine was fractured and the bike became lodged underneath the vehicle.

The defendant then allegedly hit a 56-year old woman and dragged her. The woman died as a result of her injuries.