New guidelines aim to clear up misconceptions about eating seafood during and after pregnancy. 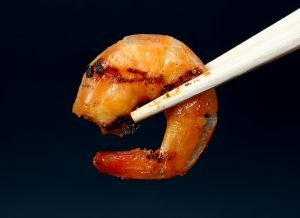 The Food and Drug Administration, alongside the Environmental Protection Agency, has for the first time drafted advice for young children and women who are nursing or pregnant to increase their fish consumption. Mothers and pregnant women have been keeping seafood to a minimum or cutting it out of their diets entirely since concerns that high levels of mercury could hinder their children’s development, but the FDA is now trying to bring clarity to some of the confusion that has arisen surrounding the health impacts of eating fish.

A statement made by the FDA on June 10 said that the Administration, in conjunction with the EPA, has concluded young kids and women who are breastfeeding, pregnant, or may become pregnant should eat more fish with lower mercury levels. While consuming high levels of mercury can do harm to a developing brain, studies have shown some evidence that fish oil can actually have the opposite effect, and the omega-3 fatty acids found in fish are known to promote heart health.

“For years many women have limited or avoided eating fish during pregnancy or feeding fish to their young children,” said FDA acting chief scientist Stephen Ostroff, “but emerging science now tells us that limiting or avoiding fish during pregnancy and early childhood can mean missing out on important nutrients that can have a positive impact on growth and development as well as on general health.”

As part of the newly drafted advice the FDA does continue to caution against eating fish that are high in mercury, specifically pointing to king mackerel, swordfish, shark, and tilefish from the Gulf of Mexico as the four fish to be avoided outright. Limiting the consumption of white (albacore) tuna to no more than 6 ounces per week is also recommended.

Options that are lower in mercury content—including tilapia, salmon, catfish, lobster, blue mussels, shrimp, flounder, pollock, cod, and canned light tuna—should however be consumed at a markedly higher rate of 8-12 ounces per week. The draft updated advice suggests that eating a variety of safe fish will support fetal growth and development. The FDA has previously recommended maximum quantities of fish for those vulnerable to mercury to ingest, but this marks the first time that the Administration is actively promoting a minimum amount as part of their diet.

“Eating fish with lower levels of mercury provides numerous health and dietary benefits,” said EPA acting assistant administrator for the Office of Water Nancy Stoner. “This updated advice will help pregnant women and mothers make informed decisions about the right amount and right kinds of fish to eat during important times in their lives and their children’s lives.”

When eating locally sourced fish from nearby streams, lakes, and rivers, the FDA has also suggests that residents follow fish advisories from local authorities to ensure that the fish is safe. If no such advisories are available, vulnerable women should limit their intake to 6 ounces a week and children should only have 1-3 ounces; no other seafood should be consumed in the same week as local unmonitored fish. The FDA is also continuing to advise that children and women who are nursing, pregnant, or may become pregnant avoid raw fish, as undercooked foods can increase their risk of contracting foodborne illnesses.

While the draft advice is consistent with previous guidelines issued in 2010, it will not be finalized until after a 30 day public comment period during which time input can be submitted to the Federal Register website.