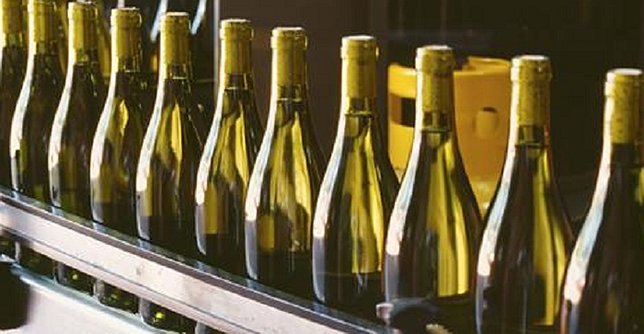 Tax credit expected to save craft beverage producers $4 million over the next two years; free tastings for customers are also sales-tax free for breweries, wineries, and distilleries.

Albany, NY - June 9, 2016 - Governor Andrew M. Cuomo today announced the Beer Production Credit has been expanded to include New York’s wine, spirits, and cider industries. The credit, now referred to as the Alcohol Production Credit, is expected to save wineries, distillers and cideries an additional $4 million over the next two years, allowing them to reinvest in their businesses.

"New York is the epicenter of a burgeoning craft beverage industry and this administration has worked hard to cut red tape and lower costs to help encourage further growth," Governor Cuomo said. "These actions continue our efforts and will help wineries, cideries and distillers in every corner of the state reinvest in their businesses and create jobs and economic activity."

New York State Commissioner of Taxation and Finance Jerry Boone said, "By expanding this valuable tax credit, Governor Cuomo is providing the craft beverage industry with yet more support for their beer, cider, wine, and spirits production, aiding in their commercial success. These brewers, vintners and distillers will now have more money in their pockets to grow their operations and continue to provide the artisanal beverages that their consumers have come to enjoy."

State Agriculture Commissioner Richard Ball said, “The craft beverage industry is thriving across New York thanks to significant incentives and investments from Governor Cuomo. The expansion of the tax credit for these producers is yet another way we are working to make doing business here in New York easier. As our wineries, breweries, cideries and distilleries grow, they increase their use of New York ingredients, helping to boost our agricultural community.”

State Liquor Authority Chairman Vincent Bradley said, “By slashing taxes, fees and paperwork, in addition to enacting innovative changes to the state’s liquor laws, policies and regulations, Governor Cuomo has helped to usher in resurgence in craft manufacturing that continues to grow, create jobs and spur economic development and tourism in every corner of New York State.”

In addition to the production credit, the previous sales tax exemption for tastings at breweries, cideries, wineries and distilleries is expanded to include the alcoholic beverage tax that the producers would owe. This provision, which is effective immediately, was also included in the 2016-17 State Budget.

If a brewery hosts tastings at its facility where the craft beer that it produces is also offered for sale, the brewery would not owe any taxes on the beer served at the tastings, as well as the bottles, caps, and labels used to package the beer.

The Governor’s support of the industry – through aggressive reform of antiquated laws, new marketing efforts and incentives, and reduction of red tape —has seen the industry grow 169 percent, across wine, beer, spirits and cider producers statewide, since 2011.

In addition, small craft manufacturers of beer and spirits have saved $ 1,755,950 in brand label registration fees since 2013. On December 17, 2013, the Governor’s legislation exempting small spirits manufacturers from brand label registration fees went into effect, and has saved New York craft distilleries $526,250 to date. Additionally, a provision in the Governor’s legislation creating the new farm brewery license also waived brand label fees for both micro-breweries and farm breweries, saving these small craft manufacturers $1,229,700 since the law went into effect on January 1, 2013.

Wine & Grape Foundation President Jim Tresize said, “This initiative is yet another example of how Governor Cuomo is using ‘entrepreneurial government’ to help the entrepreneurs in the New York grape and wine industry, which already generates more than $5 billion annually to the State economy. This tax credit will save wineries money that they can invest in their businesses and create new jobs. We greatly appreciate this support.”

New York State Distillers Guild President Brian McKenzie said, "From the elimination of brand label registration fees to the elimination of duplicative licenses for farm distilleries, New York State has made great strides in cutting costs and red tape for the distilling industry. The expanded production tax credit will provide an additional boost, helping the industry continue to grow."

New York Cider Association Executive Director Jenn Smith said, "The Alcohol Beverage Production Credit promises to spur an increase in scale and quality of cider production throughout the state. Additionally, by eliminating taxes on tastings held where cider is made and sold, the Governor has made direct interaction between producers and the public at cidery tasting rooms that much more appealing.”