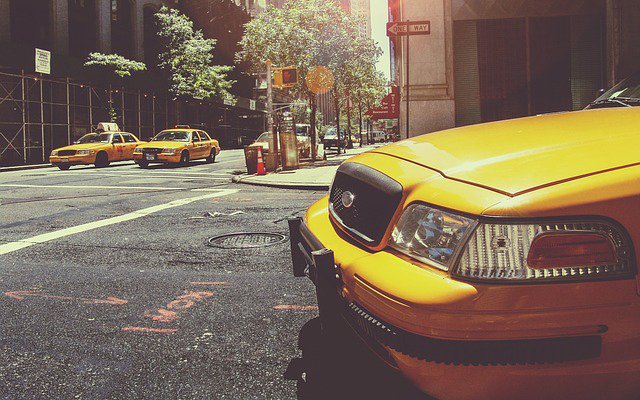 New York, NY - June 8, 2017 - Attorney General Eric T. Schneiderman and Acting Commissioner of Taxation and Finance Nonie Manion announced today the arrests of Evgeny A. Freidman, 46, of New York, NY, and Andreea Dumitru, 41, of Sunnyside, NY, on a five-count indictment charging them jointly with theft and failure to remit to the New York State Tax Department over $5 million in 50 cent MTA surcharges between 2012 and 2015. During this time period, Freidman and Dumitru—respectively the CEO and CFO of Taxiclub Management Inc.—managed a fleet of over 800 medallion taxicabs out of locations in Manhattan, Brooklyn, Woodside, and Long Island City.
“The ‘Taxi King’ built his empire by stealing from New Yorkers – pocketing money that should have instead been invested in our transportation system,” said Attorney General Schneiderman. “No one is above the law, and my office will use every tool available to hold accountable those who cheat the system.”
“This indictment exposes a blatant scheme to short-change the Metropolitan Transit Authority, the transportation infrastructure relied on by millions of New Yorkers,” said Acting Commissioner of Taxation and Finance Nonie Manion. “Hundreds of honest taxi drivers did their part in collecting the proper fare, however Mr. Freidman and his business partner are accused of manipulating tax filings to put this money right into their own pockets. We will continue to work with the Attorney General’s Office and all of our law enforcement partners to ensure that those who accumulate personal wealth with tax schemes and ill-gotten gains face justice.”
This case was the result of a joint investigation by the New York State Attorney General’s Office and the Department of Taxation and Finance. Additionally, the Attorney General’s Taxpayer Protection Bureau is conducting an ongoing parallel civil investigation into Mr. Freidman’s conduct. Separately, the Attorney General’s Labor Bureau has investigated Freidman’s failure to properly pay drivers; those investigations resulted in a 2013 settlement for $1.2 million and a 2016 consent order in New York Supreme Court requiring Freidman and four of his taxi medallion management agencies to pay over $275,000 in damages and fines and to hire an independent monitor to examine compliance with TLC driver-related rules.
The Attorney General’s indictment, unsealed today in Albany County Court, charges Freidman and Dumitru jointly with four counts of Criminal Tax Fraud in the First Degree, a class B felony, and one count of Grand Larceny in the First Degree, a class B felony. Each charge carries a maximum sentence of 8 1/3 to 25 years’ imprisonment.
According to statements made by prosecutors and documents filed in court today, Freidman’s Taxiclub Management, Inc. oversaw the operation of four NYC taxicab medallion management agencies: 28th Street Management Inc. (located at 313 10th Ave., New York, NY); Downtown Taxi Management LLC (located at 330 Butler St., Brooklyn, NY); Tunnel Taxi Management LLC (located at 44-07 Vernon Blvd., Long Island City, NY); and Woodside Management Inc. (located at 49-13 Roosevelt Ave., Woodside, NY).
Freidman is also the beneficial and managing owner of over 120 companies, each of which held multiple taxicab medallions. Through these companies and the four managing agencies, Freidman served as both the licensed owner and managing agent of a fleet of over 260 medallion taxicabs. In addition to the hundreds of medallions he owned, Friedman’s managing agencies leased hundreds of additional medallions from other owners. Taxi Club Management Inc. and the four managing agencies are believed to have controlled over 800 medallion taxicabs between 2012 and 2015.
During this three-year period, these taxicabs provided millions of rides to millions of New York City passengers. The vast majority of those rides were subject to a 50 cent New York State Tax known as the “MTA Tax,” which was automatically collected from passengers as part of their fare. Instead of remitting that tax to the New York State Department of Taxation and Finance as required by law, Freidman, together with Taxiclub Management CFO Andreea Dumitru, allegedly orchestrated a scheme to withhold that money by improperly filing returns, failing to file returns, failing to remit the tax on filed returns and by filing falsified returns which underreported the true number of taxable rides. Through this scheme, Freidman and Dumitru withheld nearly $5 million in taxes from the State of New York that had been collected from passengers.
Freidman and Dumitru were arraigned in Albany County Court before the Honorable Peter A. Lynch. Bail was set in the amount of $500,000 bond or cash for Freidman and $400,000 bond or cash for Dumitru.
The Office of the Attorney General thanks the New York State Tax Department’s Criminal Investigations Division for its invaluable assistance on this case.
The charges against the defendants are merely accusations and the defendants are presumed innocent unless and until proven guilty in a court of law.
The criminal case against Freidman and Dumitru is being handled by Assistant Attorneys General John R. Healy and Benjamin S. Clark of the Criminal Enforcement and Financial Crimes Bureau. The Criminal Enforcement and Financial Crimes Bureau is led by Bureau Chief Stephanie Swenton. The Criminal Division is led by Chief Deputy Attorney General Jason Brown.
The Attorney General’s investigation was conducted by Investigators Mark Terra, Anna Ospanova and Deputy Chief Antoine Karam. Forensic accounting was performed by Associate Auditors Meaghan Scovello and Jason W. Blair. The Investigations Bureau is led by Chief Dominick Zarrella. The Forensic Audit Section is led by Chief Auditor Edward J. Keegan.