The Missing Person Squad reports that the mother and her daughter have been found. 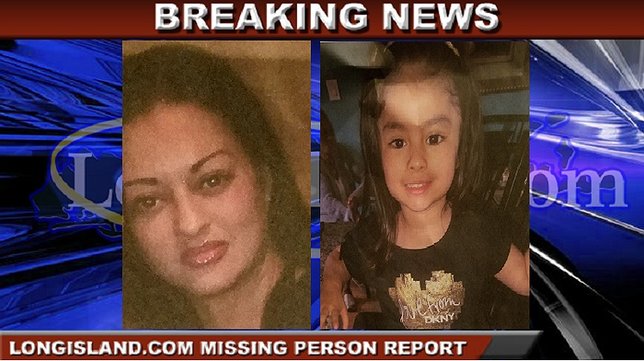 Update - June 8, 2016 - The Missing Persons Squad reports the below missing person and her three year old daughter have been located on Wednesday, June 08, 2016.

According to detectives, Karen Tobon, 41, of Great Neck was last seen at 150 -04 149th Street in Whitestone at an auto repair shop.  She was in a 2003 gray Mazda four door with license plate HAK-7692.  The missing person suffers from a cognitive disorder and is in need of medication.  She is with her three year old daughter Leilah.

Detectives request anyone with information regarding the above listed missing persons to contact Nassau County Crime Stoppers at 1-800-244 TIPS or the Missing Persons Squad at 516-573-7347.  All callers will remain anonymous.