New legislation is being introduced in the Senate that would finally require landline and mobile carriers to offer free robocall-blocking technology to all consumers. 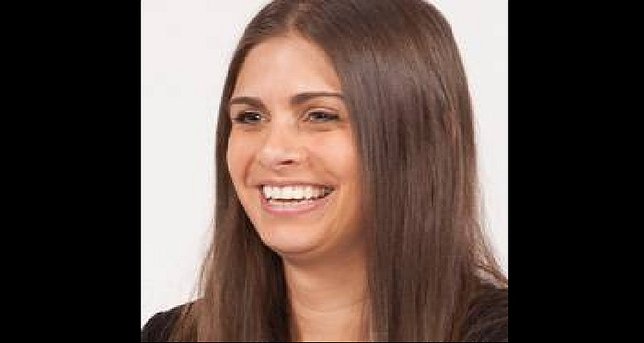 The Repeated Objectionable Bothering of Consumers on Phones Act (ROBOCOP) Act, introduced by Rep. Jackie Speier (D-CA) in the House of Representatives, would also direct the Federal Communications Commission (FCC) to require telephone companies to label and block calls with fraudulent caller ID, as a result of widespread spoofing.

"Robocalls are one of the things that annoy Americans the most and the ROBOCOP Act will finally help put a rest to these dreaded calls that are interrupting family dinners—or worse—scamming people out their hard-earned money,” said U.S. Senator Charles Schumer. “Despite the existing ‘Do Not Call’ registry, the robocall problem has returned in a serious way. It’s an epidemic that we’ve got to stop—whether it’s the landline OR the mobile phone. It’s taking far too long for telecom companies to act, so that’s why I’m introducing the ROBOCOP bill which will finally require all major landline and mobile carriers to work towards making robocall blocking technology available to all consumers. Now is the time for phone carriers to answer the call and free consumers of these dreaded robocalls.”

"Most Americans have signed up for the Do Not Call list, but the unwanted calls from telemarketers and scam artists have just gotten worse," said Chuck Bell, Programs Director for Consumers Union, the policy and advocacy division of Consumer Reports. "Senator Schumer's bill will ensure that the phone companies take action and provide their customers with the tools they need to block robocalls.  We urge Congress to pass this bill and provide their frustrated constituents with the relief they deserve."

In addition to being an annoyance, Schumer explained that robocalls can also hurt consumers financially when they involve scammers. In fact, according to Consumer Reports, robocalls have resulted in approximately $350 million in financial losses each year.

Earlier this year, Schumer urged major landline and mobile carriers to 1) Make robocall-blocking technology available to all consumers and 2) Make consumers aware of this service. The Senator also urged the Federal Trade Commission (FTC) to put pressure on carriers to implement robocall-blocking technology. Schumer had said if nothing was done, he would consider legislation.

Robocalls are phone calls that use automated dialing machines to either play a pre-recorded message. In many cases, these types of calls are made by fraudulent companies trying to steal money from the person on the other end of the phone. Many times, these calls are placed using “caller id spoofing.” Companies that resort to “caller id spoofing” can make the caller id display the phone number of a government agency, credit card company or bank. Under the “Truth in Caller ID Act of 2009,” this practice is illegal if used for the purpose of defrauding or otherwise causing harm.  However, despite the fact that many of these calls clearly violate the law, it is difficult if not impossible to catch the perpetrators, many of whom are overseas and/or hiding behind fake numbers.

According to the Consumers Union, robocall scammers cost consumers $350 million a year. Schumer pointed to the recent robocall tax scam that has threatened individuals, some in New York, by telling victims that they owe money to the IRS.  Schumer noted that the FTC has led several efforts to identify and develop robocall-blocking technology and, as a result, Time Warner Cable Inc. announced that it would provide its customers with access to Nomorobo, a third-party robocall- blocking service for those with Internet-based service or Voice over Internet Protocol. Schumer said that because such technology, like Nomorobo, already exists, other landline and mobile carriers should similarly offer robocall-blocking services to consumers in order to eliminate future nuisances and even scams. Schumer explained that such technology works much like an e-mail spam box because it filters robocalls and other unwanted phone calls.

The National “Do-Not-Call” Registry, managed by the FTC, was implemented in 2003 after the Do-Not-Call Implementation Act of 2003. The registry is designed to give people a choice about whether they would like to receive telemarketing calls at home. It was created to limit the number of telemarketing calls and robocalls made to U.S. households. In order to register, one may log onto the “Do-Not-Call” website and their phone number will be permanently placed in the registry.

There are currently over 222.8 million phone numbers in the registry. If a person who is listed on the registry receives a telemarketing call, he or she can file a complaint on the “Do-Not-Call” website. According to YouMail, a robocall blocking service and data aggregator, there were 2.3 billion robocalls in April 2016 (the most recent month available for data). Atlanta is the number one area affected by robocalls. New York City’s “917” area code ranked number five in April 2016 on the list of top robocall affected area codes. New York City’s “347” area code ranked number ten on that same list. In total, these two NYC area codes were targeted by an estimated 50 million robocalls in April 2016.

In 2013, Long Island-based Nomorobo was one of two winners in the FTC's first Robocall challenge for the best overall solution to block illegal robocalls. According to the FTC, Nomorobo is a cloud-based solution that uses “simultaneous ringing,” which allows incoming calls to be routed to a second telephone line. The second line can identify and hang up on illegal robocalls before they ring through to the user. In addition to Nomorobo, there are several types of similar technology on the market, including both apps and devices. Some technology offers a 'blacklist' that blocks specific spam numbers from coming through. Some technology offers a 'whitelist' that allows consumers to enter certain phone numbers that may be accepted through the phone.

Since 2013, the FTC has announced another robocall blocking technology contest that would include both landline and mobile phones; that contest is underway. In 2015, the Federal Communications Commission ruled that phone companies are legally allowed to provide robocall blocking technology to customers who request it. Earlier this year, Time Warner announced it would offer Nomorobo for free to customers.

Schumer has long supported efforts to crackdown on robocalls. For instance, Schumer has supported federal legislation that would drastically increase punishments for telemarketing companies that continue to make robocalls.

The new bill Schumer is announcing, the ROBOCOP Act, will direct the FCC to enact regulations that require providers of telecommunications services or IP-enabled voice services, for no additional charge, to enable robocall blocking technology with exceptions for calls made by a public safety entity or where the recipient provides prior consent to receive the call. The bill also subjects to civil forfeiture penalties, criminal fines, or state actions persons who intentionally cause call-blocking technology to: (1) incorrectly identify calls as originating from an automatic dialing system or using an artificial or prerecorded voice, or (2) prevent the called party from receiving a call made by a public safety entity or a call to which it has provided its prior consent.