"Aging is Optional is a booster for the soul and a probiotic for the heart," says Ms. Feldshuh. 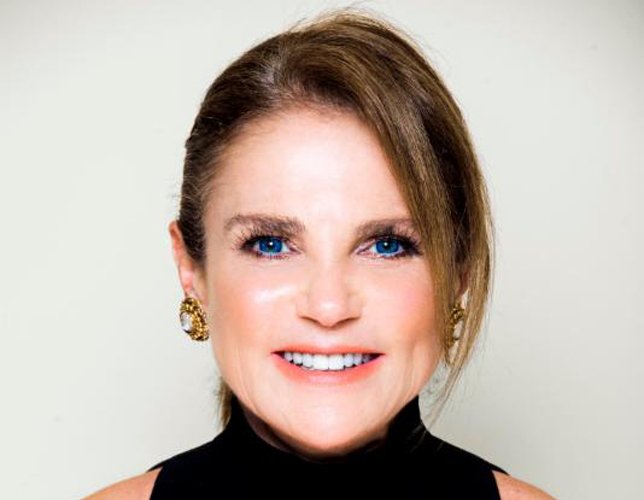 Sag Harbor, NY - June 5, 2017 - Bay Street Theater & Sag Harbor Center for the Arts is pleased to announce that Tovah Feldshuh will perform her cabaret and comedy show Aging is Optional on Saturday, August 5 at 8 pm. Ticket prices range from $55 to $75 and are available online at www.baystreet.org or by calling the Bay Street Theater Box Office at 631-725-9500, 11 am to show time daily.
From Peter Pan to Pippin, from The Walking Dead to Crazy Ex-Girlfriend, Tovah Feldshuh brings her arsenal of talent to her new act. This 6 time Tony and Emmy nominee crosses gender and time zones with songs by Carole King, Dar Williams, Bob Dylan, and more in Aging is Optional , an age-defying romp. She tells hilarious tales and reveals secrets from the sets of The Walking Dead and Crazy Ex-Girlfriend. Some people call them decades, Ms. Feldshuh calls them her collected works.
"Aging is Optional is a booster for the soul and a probiotic for the heart," says Ms. Feldshuh.
Tovah Feldshuh has had 3 years immersed in television. She recently finished playing Deanna Monroe, head of Alexandria, in the runaway hit The Walking Dead for AMC. She can also be seen on Starz as Russian Ballet Mistress, Ivana, in the miniseries Flesh & Bone. Most recently, she was tapped to play Naomi Bunch, mother of Rebecca in the Golden Globe-winning hit, Crazy Ex-Girlfriend on the CW, where she can be seen singing the dignified showstopper: "Where's the Bathroom!"
You may remember her for her Emmy Nominated work as defense attorney Danielle Melnick in Law & Order or her portrayal of Czech Freedom Fighter, Helena Slomova, in NBC's Holocaust for which she received her second nomination. She has starred opposite Tommy Lee Jones in The Amazing Howard Hughes, James Woods in Citizen Cohn, Bill Cosby on The Cosby Mysteries and The Cosby Show, Richard Dreyfuss in The Education of Max Bickford, and Piper Perabo in USA's Covert Affairs.
Last season on Broadway, Ms. Feldshuh stopped the show as the trapeze-swinging Berthe in the Tony Award-winning musical revival of Pippin. Prior to that, she played Lady Politic in the acclaimed revival of Ben Jonson's Volpone at the Lucille Lortel Theatre. As Jason Zinoman of The New York Times raved, "No one earns more laughs than the marvelous Tovah Feldshuh. Her diva-like flourishes are precisely timed, her entrances and exits designed for maximum impact."
For her other work on the New York stage, from Yentl to Sarava! and Lend Me a Tenor to Golda's Balcony and Irena's Vow, she has earned four Tony nominations for Best Actress and won four Drama Desk Awards, four Outer Critics Circle Awards, the Obie, the Theatre World Award and the Lucille Lortel Award for Best Actress. On October 3, 2004, Golda's Balcony, which was directed by Bay Street's Artistic Director Scott Schwartz,became the longest-running one-woman show in the history of Broadway, a record it still holds. Since then, Ms. Feldshuh toured Golda to Los Angeles, San Francisco, London, Atlanta, Ft. Lauderdale, Palm Beach, Buffalo, San Diego's Old Globe, where she was honored the Theatre Critics Circle Award for Outstanding Performance, and Washington D.C.'s Theater J, where she won the Helen Hayes Award for Best Actress.
Bay Street Theater & Sag Harbor Center for the Arts is a year-round, not-for-profit professional theater and community cultural center which endeavors to innovate, educate, and entertain a diverse community through the practice of the performing arts. We serve as a social and cultural gathering place, an educational resource, and a home for a community of artists.