Cam focused on the osprey platform and gives a view of Oyster Bay Harbor. 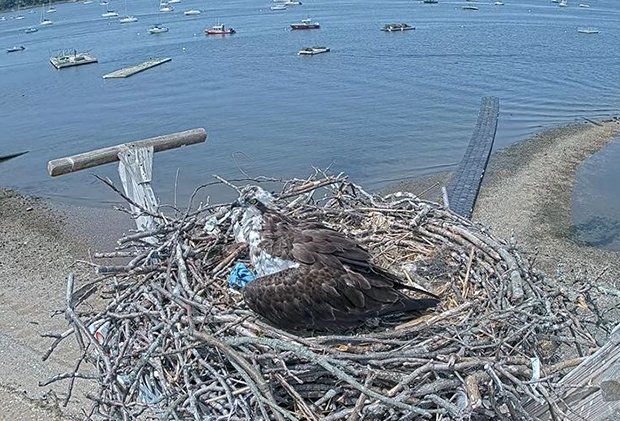 PSEG Long Island has installed two 24-hour webcams at nests that were safely relocated by line workers. One in Patchogue, which you can see here, and the other is in Oyster Bay, below.

The Oyster Bay cam is located right next to Frank M Flowers fish market at 2 Bayview Avenue, according to PSEG Long Island and shows an osprey on a nesting platform with a view of the Oyster Bay Harbor behind it.

According to AllAboutBirds.org, “ospreys are very large, distinctively shaped hawks.” The site goes on to describe the habitat of these birds:

Their habitat includes almost any expanse of shallow, fish-filled water, including rivers, lakes, reservoirs, lagoons, swamps, and marshes. Whatever the location, Osprey nesting habitat must include an adequate supply of accessible fish within a maximum of about 12 miles of the nest; open, usually elevated nest sites free from predatory mammals such as raccoons, and a long enough ice-free season to allow the young to fledge.