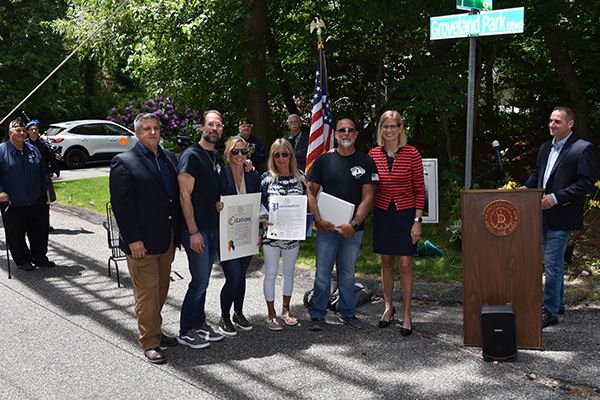 On May 25, friends, family, and officials gathered for a dedication of Groveland Park Boulevard in Sound Beach to honor veteran Glen “Doc” Moody, a local resident.

“I can think of no service greater than service to our country and Glen did that,” said Brookhaven Town Councilwoman Jane Bonner. 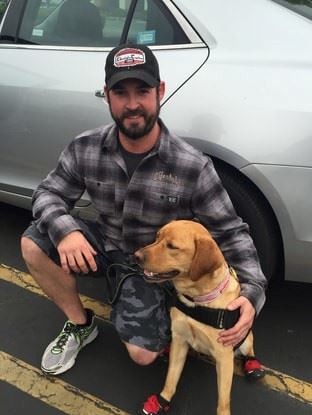 Moody was born and raised in Sound Beach. He enlisted out of high school and fought in the Afghanistan and Iraqi wars where he served as an FMF Corpsman with the United States Marines for six years.

He became an active member of the community by contributing to organizations and fundraisers for others suffering from PTSD. He spoke of his disorder freely to encourage others to seek help. He also trained with the LT Michael P. Murphy Sea Cadet Corps which is a nationwide organization dedicated to helping the youth of America build character and confidence.

During the ceremony Moody’s brother George spoke about his brother’s military service and his struggle to cope with PTSD.

“His spirit still lives here, and I hope that today’s event brings comfort to his family and the community that he was proud to be a part of,” Councilwoman Bonner said.