Women from Long Island played a big part in getting the right to vote passed for women in the United States. 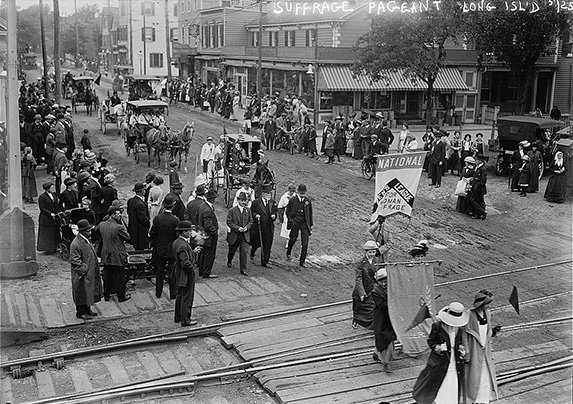 The names Edna Buckman Kearns, Rosalie Gardiner Jones and Ida Bunce Sammis might not sound familiar but they should. These Long Islanders were instrumental in reviving the suffrage movement after it languished for years, part of a new generation of women who took up the cause and eventually got the 19th amendment passed in August 1920.

“Generally the time period between 1896 and 1910 is called the 'doldrum period' in the suffrage movement,” said Jane Swersey, a retired history teacher, during the The Long Island History Project podcast.

“Long Island women were particularly active in working for the right to vote,” wrote Robert C. Hughes, Huntington Town Historian in a 2018 article.

Kearns,from Rockville Centre, used an unusual tactic to promote the cause in the form of a Revolutionary War wagon that she festooned with suffragette paraphernalia and trotted out across the towns and villages of Long Island.

The “Spirit of 1776 Wagon” became an icon of the movement of the time and is now in the collection of the New York State Museum. It was originally built by Huntoington resident Ebenezer Conklin in 1776 in support of the American Revolution.

“Just as the men of 1776 fought taxation without representation, so too did the women of 1913 fight for the same cause,” wrote Hughes in his piece.

Similarly, Jones, of Oyster Bay, used a different yellow-colored horse-drawn wagon across Suffolk County in her efforts to distribute information and literature about women’s suffrage. She was also known as “General” Jones because of her dramatic flair, strong stance, and she led an “army” of suffragettes.

A sign on the corner of Main and Wall Street in Huntington marks the spot where the suffragette movement came to a head on Long Island.

“It was on this site in July of 1913 that over one thousand people witnessed both anti and pro suffragists clash over the 1776 Wagon that was used as the symbol of the Votes for Women Movement,” the blue historical marker reads.

Sammis, of Huntington, was the President of the Equality League, which informed women on issues pertaining to the right to vote. She was also one of the first women elected to the New York State Legislature.

Kearns drove the “Spirit of 1776 Wagon” from Sammis’ home - following the Fife, Drum and Bugle Corps of Huntington Fire Department - to the First National Bank, according to an account on the William G. Pomeroy Foundation website, an organization dedicated to preserving history.

Kearns butted heads with Mary Livingston Jones who laid claim to the wagon as a family heirloom - and a product of British loyalists making it a symbol of oppression and not liberty. (The I.S. Remson Wagon Company had given the 1776 Wagon to the New York Woman Suffrage Association.)

In 1917 New York State gave women the right to vote, three years before the passing of the 19th Amendment.

Below we present some historical photos of the women’s suffrage movement on Long Island. 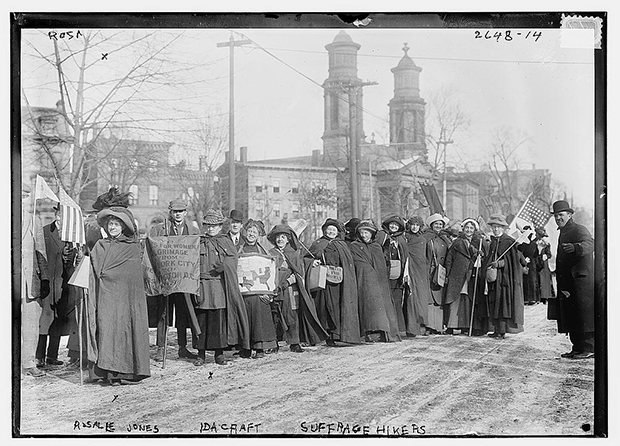 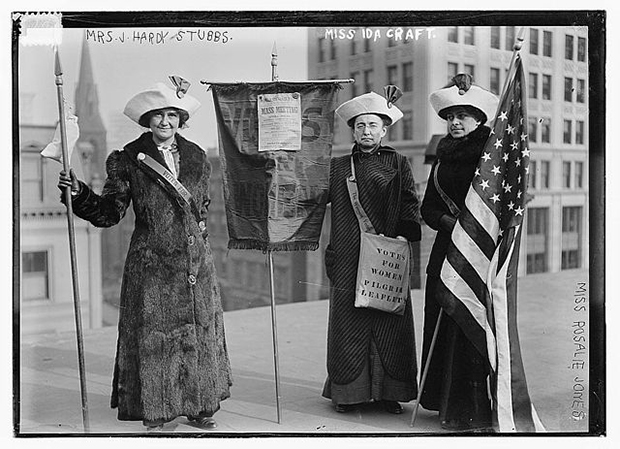 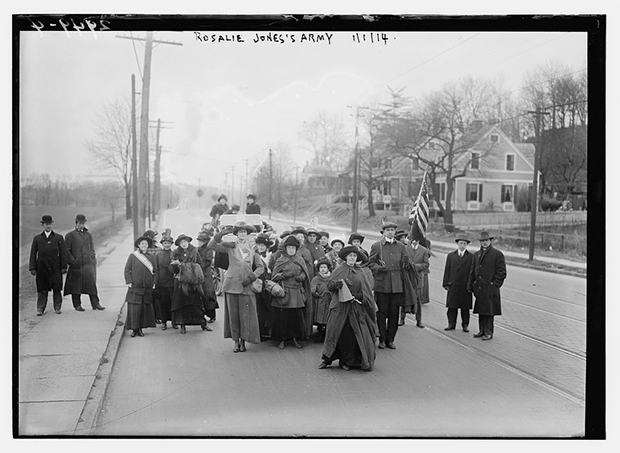 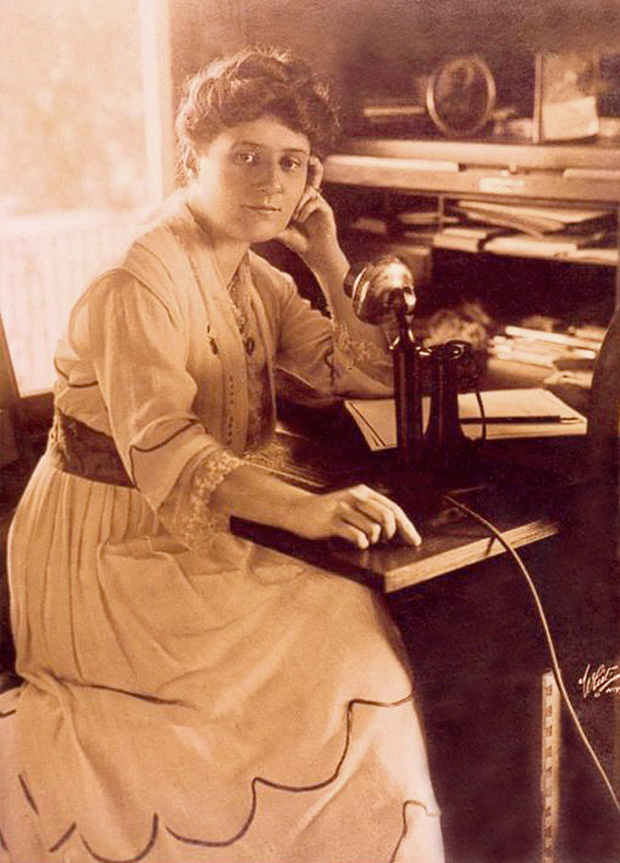 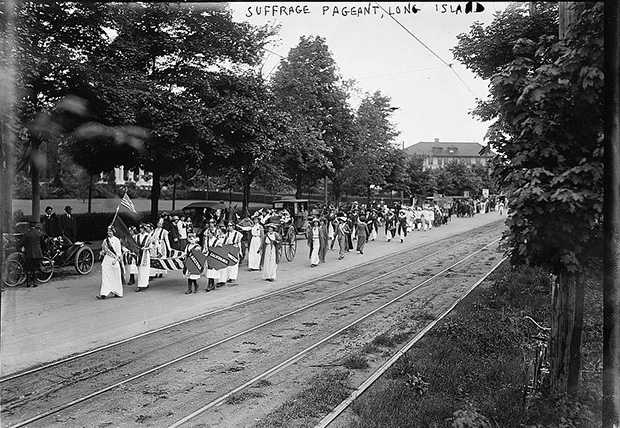