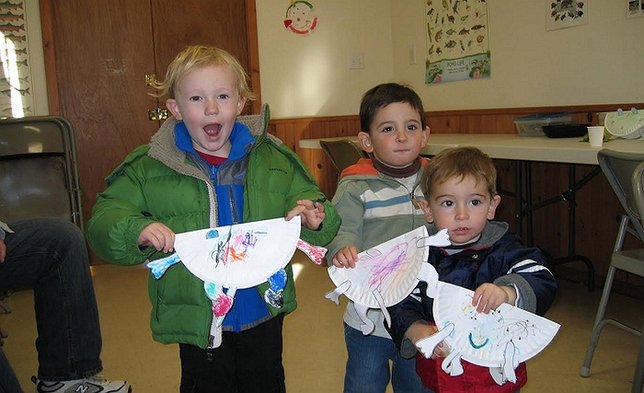 Pledge allows teens to take responsibility for actions behind the wheel during graduation season.

Photo by: The Governor's Traffic Safety Committee of New York, via Facebook.

Albany, NY - June 1, 2016 - The New York State Governor's Traffic Safety Committee (GTSC) today continued the push to keep New York State's youth safe during graduation season and announced the launch of a new online teen driver pledge for new and younger drivers. The pledge, used in conjunction with the #Pledge2DriveSafe hashtag, can be found here. Teens who take the pledge are then able to click a button to share the message on social media and urge their peers to take the pledge as well.

"Getting a permit or a driver license is an exciting privilege for young people, but with it comes great responsibility. Keeping all drivers safe is a top priority, but it is especially important to foster good driving habits among New Yorkers when they are new to driving," said Terri Egan, GTSC Acting Chair and Department of Motor Vehicles (DMV) Executive Deputy Commissioner. "This pledge is an important step teens can take to acknowledge that their lives and the lives of others are worth protecting. I urge teen drivers to stay safe as they begin this new chapter in their lives."

In New York State, motor vehicle crashes are a top cause of death for 16- and 17-year-olds. According to the Institute for Traffic Safety Management and Research (ITSMR), between 2012 and 2014, 11 to 13 percent of all motor vehicle fatalities in New York State occurred in crashes involving drivers ages 16 to 20. ITSMR has also found that drivers ages 16 to 20 were much more likely than all drivers to have multiple contributing factors, which included driver inexperience, unsafe speed, following too closely, failure to yield right-of-way, and driver inattention/distraction.

I, hereby pledge to be a safe driver. This includes obeying all traffic laws, and also taking every possible precaution to ensure my safety, and the safety of those around me, every time I am behind the wheel.

By committing to this agreement, I pledge to:

I recognize it is my responsibility to uphold the terms of this agreement and accept responsibility for myself, my passengers, my vehicle, passengers and vehicles around me, pedestrians, and all other persons and entities that come within range of my vehicle when I am driving."

In addition, those who submit their email addresses along with the pledge will be entered into a drawing for four free tickets to the Great New York State Fair. The drawing will be held on June 20, the first day of summer. To be eligible, you must be between 16 and 19 years of age and a resident of New York State.

Graduation season and the summer months are particularly dangerous times of year for teen drivers. The GTSC, DMV, and partner agencies conduct traffic safety campaigns each year focused on New York's teen drivers to make them aware of risks and help them develop safe driving skills and habits. GTSC recently spearheaded the "No Empty Chair" teen driving safety education and enforcement campaign to raise awareness of highway dangers during prom and graduation season. "No Empty Chair" works in conjunction with GTSC's Coaches Care campaign, which helps to educate teens about safe driving by encouraging coaches to openly discuss the issue with student athletes.

Young drivers and their parents and caregivers are also encouraged to learn more about the Graduated Driver Licensing (GDL) law, designed to provide time for young people to gain critical experience in various traffic scenarios in a safe and controlled manner. The New York State Department of Health created GTSC-funded pocket guides for law enforcement agencies and others regarding the GDL in Upstate New York, New York City, and Long Island.

"Teen drivers need practice and constant reminders on how to drive safely," said Commissioner of Health Dr. Howard Zucker. "The teen pledge provides one more opportunity for parents to have that conversation with their young drivers. This will enhance the safety of all people using New York's roadways."

DMV and GTSC recently partnered with the State Liquor Authority (SLA) on its "No Excuses" campaign, announced by Governor Cuomo in May, with the goal of curbing underage drinking across the state. The statewide education campaign includes the distribution of more than 15,000 display materials, in Spanish and English, to restaurants and liquor stores across the state.

Another collaboration is Operation Prevent, which is aimed at reducing underage drinking and the use of fake IDs. During Operation Prevent sweeps, DMV investigators work with local law enforcement and in targeted details with the SLA to check identification documents and keep underage patrons from obtaining alcohol at bars, drinking establishments, convenience stores, concerts, and events. Governor Cuomo announced in January that Operation Prevent efforts in 2015 resulted in nearly 760 arrests and the seizure of more than 750 fraudulent documents.

"It seems like every year at this time, we hear of another needless tragedy due to underage drinking, which is why it's so important that we all work together to keep alcohol out of the hands of young New Yorkers," said SLA Chairman Vincent Bradley. "As one mistake made early in life can have lifelong ramifications, we applaud DMV for their proactive measures to remind teens, parents and communities across New York to play it safe this prom and graduation season."

GTSC has also partnered with the Office for Alcoholism and Substance Abuse Services (OASAS), which unveiled its Talk2Prevent campaign reminding New Yorkers about the dangers of underage and binge drinking and drug use ahead of the summer months.

"Prom and graduation season is a time of celebration, however, drinking or using drugs before you get behind the wheel can turn a happy time into a tragic time very quickly," said Arlene González-Sánchez, OASAS Commissioner. "I encourage young New Yorkers to take the pledge to drive safely and to talk with their parents about the risks of underage drinking and drug use, now and throughout the year."

Younger drivers can click here for DMV resources, or here for the Younger Driver Tool-Kit, a website GTSC maintains year-round as a resource for teens.