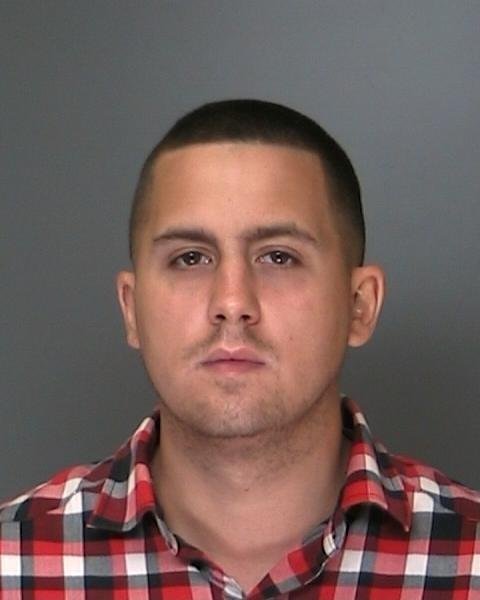 Update - June 1, 2015 - David Gelormino, 24, of Farmingville, was arrested by Pattern Crime Unit detectives today for robbing the Chase Bank at 130 Portion Road in Ronkonkoma on April 6, 2015.  Further investigation revealed that Gelormino was also responsible for robbing an Astoria Bank, located at 718 Route 112 in Medford, on November 7, 2014. Gelormino was charged with two counts of Robbery 3rd Degree and will be arraigned at First District Court in Central Islip on June 2.

A man entered Chase Bank, located at 130 Portion Road, approached a teller at approximately 4:35 p.m. and produced a note demanding cash. The teller complied and gave the suspect cash from the drawer. The man fled on foot in an unknown direction.

The suspect was described as a white male, approximately 5 feet 5 inches tall with a heavy build. He is between 20 and 25-years-old, clean-shaven and was wearing a dark baseball hat and dark colored hooded sweatshirt.

Anyone with information about this incident is asked to call anonymously to Crime Stoppers at 1-800-220-TIPS. All calls will remain confidential.