This Year's "Operation Prevent" Initiative Kicks off in Time for the 2017 Summer Concert Season. 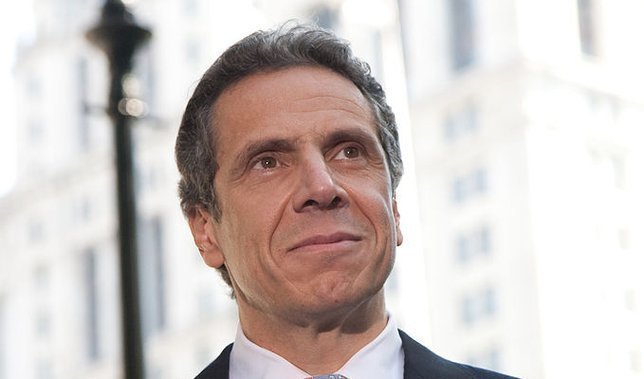 Albany, NY - May 31, 2017 - Governor Andrew M. Cuomo today announced that DMV investigators and State Police, in cooperation with local law enforcement, have launched a 2017 summer concert crack down. As part of the state's "Operation Prevent" initiative, DMV held its first concert enforcement on Thursday, May 18, making 12 arrests at the Brad Paisley concert at Saratoga Performing Arts Center and 55 arrests at the Future concert at Darien Lake on May 24.
"From Buffalo's Canalside and Darien Lake, to SPAC and Jones Beach, New York offers some of the nation's greatest summer concert venues, and with the launch of this program, we will crack down on underage drinking at these concerts to help prevent bad decisions and stop avoidable tragedies," Governor Cuomo said. "Make no mistake, using a fake ID is illegal and the consequences that come with it just aren't worth it."
At the Brad Paisley and Future concerts earlier this month, fraudulent licenses from New York, Rhode Island, Illinois, Pennsylvania, Florida, Maryland, New Jersey, Connecticut and Florida were recovered.
Operation Prevent Investigators will continue to conduct sweeps at venues this summer including SPAC, Darien Lake, Jones Beach, Canalside in Buffalo, CMAC in Canandaigua and the Lakeview Amphitheater in Syracuse, as well as other events where underage concertgoers are likely to gather. DMV's Division of Field Investigation perform the investigations in partnership with the State Liquor Authority, New York State Park Police, New York State Police, and local law enforcement agencies.
During the concert season, DMV investigators work with the SLA and law enforcement entities to check identification documents. Patrons under the age of 21 found to be using fake IDs or false documents to purchase alcoholic beverages can be arrested and risk having their license revoked for a minimum of 90 days or up to one year. Investigators from DMV, the SLA, and other entities use portable document verification machines to conduct forensic examinations of suspect documents using white light, UV light, and infrared light sources.
Terri Egan, Executive Deputy Commissioner of the Department of Motor Vehicles and Acting Chair of the Governor's Traffic Safety Committee, said, "The Operation Prevent campaign is not meant to surprise anyone. We want people to know we will be out at these venues, checking for fake identification and arresting underage concertgoers who try to buy alcoholic beverages. Our goal is to discourage behavior that can lead to crashes, injuries and deaths."
New York State Police Superintendent George P. Beach II said, "Underage drinking and the abuse of alcohol by minors will not be tolerated. Safety is our top priority and we will be diligent in working with our partners to discourage, detect and apprehend underage users and to prevent the senseless injuries and tragedies that can result from this illegal behavior."
State Liquor Authority Chairman Vincent G. Bradley said, "Under Governor Cuomo, state agencies and local law enforcement are partnering to take proactive actions to keep our roads, communities and citizens safe by keeping alcohol out of the hands of underage youth. Businesses that make illegal sales as well as minors attempting to buy alcohol using fake IDs are on notice that they will be held accountable for their actions."
Operation Prevent is supported by the Governor’s Traffic Safety Committee, which coordinates traffic safety activities in the state and awards federal highway safety grant funds to local, state, and not-for-profit agencies for projects to improve highway safety and reduce deaths and serious injuries due to crashes.