Partnership Will Promote NY Made Products and Tourism Destinations to a Worldwide Audience. 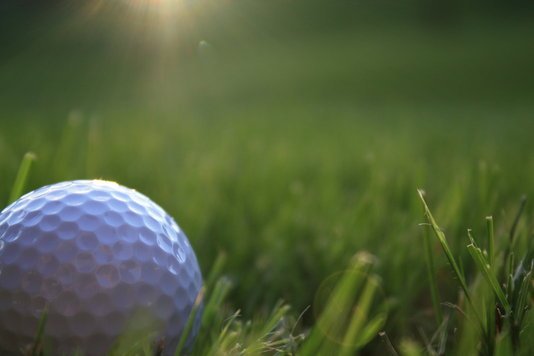 Albany, NY - May 31, 2013 - Governor Andrew M. Cuomo today unveiled new details about a strategic partnership with The PGA of America designed to showcase and sell made-in-NY products to a worldwide audience at the 95th PGA Championship.

As announced today, the 2013 PGA Championship, to be held at the historic Oak Hill Country Club in Rochester on August 5-11, will feature a “Taste NY” Experience that will include a NY-made product showcase tent, free for all patrons, and a concession tent selling NYS products and beverages. The Taste NY Experience is the first of its kind, delivering on a key promise made by the Governor to better market and promote New York State products. This year’s Championship is expected to attract up to 35,000 attendees per day—or more than 200,000 total spectators—with up to 30 percent of these golf fans coming from outside New York State and representing 47 different countries.

“The PGA Championship draws more than 200,000 golf enthusiasts from around the world, and what better chance to introduce them to all the goods and products New York State has to offer,” Governor Cuomo said. “Once these visitors have a sip or sample, I know they’ll be coming back for more – and our New York products will be flying off the shelves.”

PGA President Ted Bishop said, “There is an amazing chapter of history shared by The PGA of America and New York State that traces nearly 100 years. We are extremely proud that The PGA was founded in New York in 1916, and now, this summer will mark a record 12th time that the PGA Championship will be conducted in the Empire State. The innovative ‘Taste NY’ partnership celebrates the 2013 PGA Championship and represents what is possible when you combine the game of golf with the tremendous assets of the host communities of our premier Championship. We are excited about this historic and innovative partnership with the great state of New York.”

There will be two Taste NY tents located at the main entrance to Oak Hill Country Club. A product showcase tent, open from 7 a.m. to 7 p.m. for all seven tournament days, will feature New York-made wine, beer, cheese, yogurt, fruit, and a variety of other products and information from nearly 100 different vendors and producers participating from around the state. A concession tent will feature products for sale and a menu of New York State products created by The New York Wine & Culinary Center, whose mission is to educate, engage and excite visitors by celebrating and showcasing New York’s finest in wine, food and agriculture.

“The PGA Championship is a world-class event with a worldwide audience, providing a fabulous opportunity to showcase our great New York wines along with New York craft beers, spirits, and cider in the context of New York apples, cheese, yogurt and other gifts of New York’s agricultural bounty. Most people think of ‘New York’ as only our great city, so we thank Governor Cuomo for letting us give them a taste of the ‘other New York,’” said Jim Trezise, New York Wine & Grape Foundation President.

NY Wine & Culinary Center General Manager Thomas Belelieu said, “The New York State Wine & Culinary Center is uniquely committed to take pride in and educate the public and trade about our diverse agricultural products. Our professional and knowledgeable team is excited to work with Levy Restaurants, a well respected national restaurant operator, to showcase some of our world-class products by incorporating them into the menu and beverage offerings.”

The PGA Championship is one of golf’s four major championships and is one of the largest sporting events conducted each year in the United States. This year marks the third time the PGA Championship will be contested in the Greater Rochester community (1980 and 2003 PGA Championships were also at Oak Hill Country Club). The strongest field in golf will challenge the legendary East Course at Oak Hill and compete for the coveted Wanamaker Trophy. The Rochester region is home to 62 resort, semi-private and public golf courses, all within a 45 mile radius of the City of Rochester, and the region is one of the most affordable places to play, with superior off-course activities, entertainment, shopping and dining. Rochester is also home to the 2013 Wegmans LPGA Championship on June 3-9, which marks the first time ever that one community has hosted two major golf tournaments in the same year. The 2013 PGA Championship is projected to result in a $78 million economic impact on the region, and to lead to the creation of approximately 1,127 temporary, full- and part-time jobs to support the influx of golf enthusiasts. State and local fiscal revenue is estimated to increase by $7,304,447 from sales, income and other taxes.

Lieutenant Governor Robert Duffy said, “Rochester is one of the Northeast’s premier golf communities. The PGA Championship is expected to attract both die-hard fans and casual golfers to the region and the Taste NY Experience will introduce them to all of the state’s wonderful food and drink products. This is an incredible opportunity to feature New York State.”

In addition to the two tents, the iconic I LOVE NY logo will also be visible at the PGA Championship venue, including on the uniforms of all 3,800 tournament volunteers—a first for The PGA. I LOVE NY professionals will also be on site to highlight New York’s economic and tourism assets throughout the 95th PGA Championship, and help visitors plan their trips and itineraries.

Empire State Development President, CEO & Commissioner Kenneth Adams said, “Through our partnership with the 2013 PGA Championship, golfers will get their taste of golf on an international scale – and also a taste of what New York has to offer on a locally grown and produced scale. Thanks to Governor Cuomo’s leadership, we’re shining a spotlight on the State’s assets and creating new opportunities to grow our economy.”

New York State product vendors or producers that are interested in participating or have questions about the Taste of New York at the PGA Championship should contact the NYS Department of Agriculture and Markets at TasteNY@agriculture.ny.gov. A web site with additional details and FAQ’s will also launch in the coming days.

Deputy Secretary for Agriculture and Markets Patrick Hooker said, “Having Taste NY tents at the PGA Championship will strengthen the viability and consumer awareness of New York’s food and agriculture industry, which are major contributors to the State’s economy. This is an incredible opportunity for our farmers and food processors to promote and support their products while building the Taste NY brand.”

Charlie Robson, Metropolitan (NY) PGA Executive Director, said, “Golf in New York is more than Major Championships. The game is played and promoted at over 800 courses, 38 resorts and a growing number of learning and teaching facilities throughout the State. It generates over $5.3 billion, supports nearly 57,000 jobs, over $1.6 billion of wage income, plus countless youth programs and charitable endeavors. Wherever you go in New York State, pack your golf clubs!”

About The PGA of America: Since its founding in 1916, The PGA of America has maintained a twofold mission: to establish and elevate the standards of the profession and to grow interest and participation in the game of golf. By establishing and elevating the standards of the golf profession through world-class education, career services, marketing and research programs, The PGA enables its professionals to maximize their performance in their respective career paths and showcases them as experts in the game and in the multi-billion dollar golf industry. By creating and delivering world-class championships and innovative programs, The PGA of America elevates the public’s interest in the game, the desire to play more golf, and ensures accessibility to the game for everyone, everywhere. As The PGA nears its centennial, the PGA brand represents the very best in golf.