Movies will be shown in July and August on Wednesday nights starting at dusk. 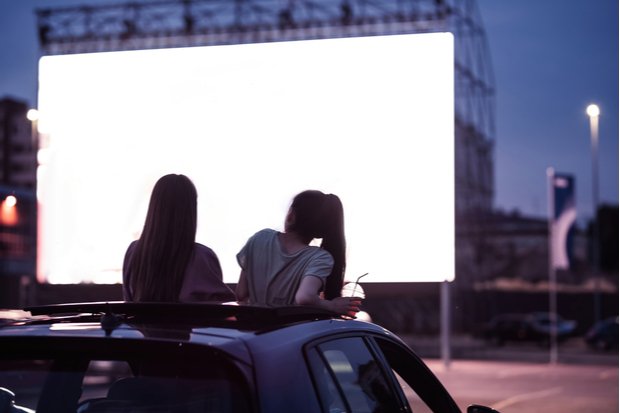 Looks like drive-in movies are going to be with us for a long time. Covid helped welcome back outdoor screenings of classic and new films creating a safe place for families to get out of quarantine and enjoy the big screen. The ide caught on and many Long island towns staged their own drive-in movie nights throughout the summer last year.

Well, they are back again. Last month North Hempstead Town announced their outdoor movie night would return. In the beginning of the year, Movie Lot Drive-In, the popular drive-in movie experience which launched in 2020 amind the pandemic announced it was coming back as well.

Now The Town of Oyster Bay has announced the return of drive-in movies this summer at its various facilities in July and August. The ‘Movies by Moonlight’ series is open to Town residents on a first-come, first-served basis.

Movies will play on the following Wednesday evenings beginning at dusk:

Vehicles will be admitted to the parking lot on a first-come, first-served basis beginning at 6pm the day of the event. Movies begin at dusk. Movies are subject to change and will be held weather permitting. For more information, call (516) 797-7925.