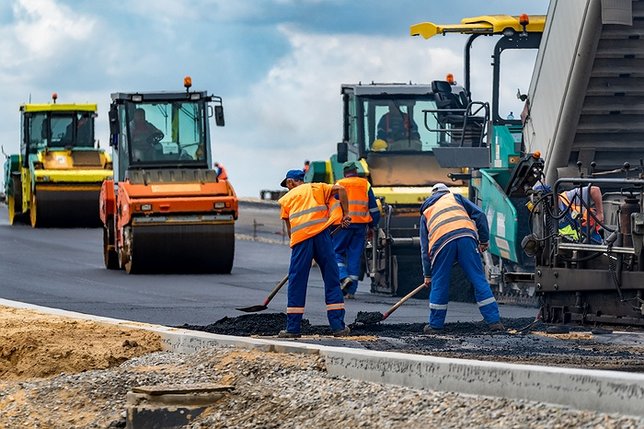 Governor Andrew M. Cuomo has announced a $30.6 million investment in pavement restoration projects that will resurface and repair portions of five state roads in Nassau and Suffolk Counties, totaling 20 miles. The projects will improve driving conditions and enhance safety along key roadways for the flow of people and goods on Long Island.
"Safe and reliable roadways are the lifeblood of our communities and are critical for keeping us economically competitive," Governor Cuomo said.  "As we lay the groundwork for our post-COVID reconstruction and recovery, projects like these will allow for safer and more efficient travel across Long Island for residents and visitors alike."
The first of road rehabilitation projects is underway in Nassau County on Glen Cove Road between Helen Street and Cedar Swamp Road (State Route 107) in the towns of North Hempstead and Oyster Bay. Workers are replacing the pavement with two inches of fresh asphalt and installing new reflective lane markings and curb ramps compliant with the Americans with Disabilities Act.  Storm drains will also be cleaned, repaired and, where necessary, rebuilt.
Similar renewal will follow later this year and next year on:
Department of Transportation Commissioner Marie Therese Dominguez said, "Under Governor Cuomo's leadership, New York State is building back better and creating a more resilient infrastructure that will boost economic growth. These projects will improve driving conditions along some of Long Island's most important roadways, facilitating the flow of people and commerce in both Nassau and Suffolk counties."
The FY 2022 Budget enacted last month delivers $6.2 billion for the second year of a record $12.3 billion, 2-Year DOT Capital Plan that will facilitate the improvement of highways, bridges, rail, aviation infrastructure, non-MTA transit and DOT facilities.  Compared to the final two years of the last DOT Capital Plan, this is an increase of $3.4 billion, or 38 percent.
Moreover, the Budget added $285 million to the Governor's record high investments in the local roads, raising funding for local highway and bridge projects to more than $1 billion. For Long Island, these investments mean:
Motorists are urged to slow down and drive responsibly throughout the work zone. Fines are doubled for speeding in a work zone.  Convictions of two or more speeding violations in a work zone could result in the suspension of an individual's driver license.